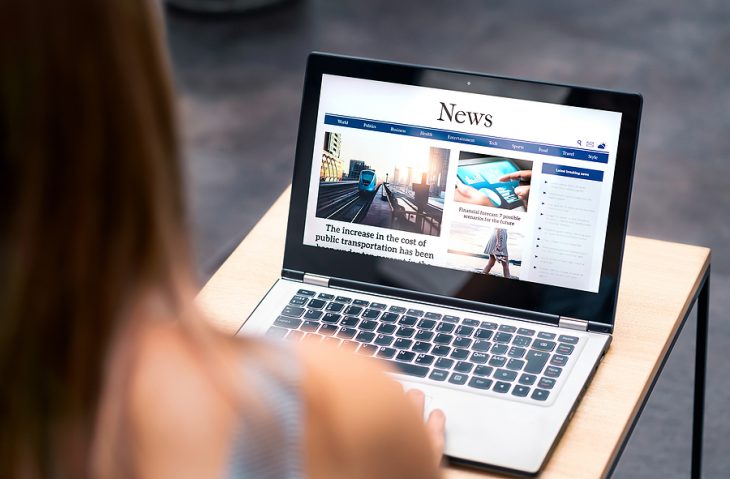 IT’S FIVE YEARS since the Public Policy Forum published The Shattered Mirror calling for Facebook and Google to become major funders of the journalism ecosystem that their digital advertising oligopoly impoverished.

Bill C-18 the Online News Act will do just that. The legislation is about a year behind the Liberal government’s schedule, having been derailed last spring by the Conservative filibuster of the Netflix Bill C-10 and a federal election.

That unanticipated delay after years of lobbying by news publishers discouraged most of them enough to sign take-it-or-leave-it deals with Google and Facebook on compensation for the use of their news content by the two platforms. It’s been reported that the monetary outcomes of those agreements, shrouded by non-disclosure clauses, fell far short of the $190 million agreed between the platforms and Australian publishers and broadcasters in February 2021.

Bill C-18 will become law. The NDP supports it and even the Conservatives supported it in principle in their 2021 election platform (although we will see if the 2022 version of the Conservative Party sticks to that commitment).

I have written previously why we need a law like C-18.

It begins with the well-known decline in news coverage and news organizations as a direct result of the market in digital advertising being cornered by Facebook and Google.

This has led to a dangerous deficit in news and information at a vulnerable time in human history as right-wing populism and authoritarianism are on the rise.

Heritage Minister Pablo Rodriguez touts C-18 as vital to the survival of professional journalism, and therefore essential to democracy.

He is also keen to remind everyone that his Online News Act, unlike the 2019 federal aid to journalism passed during his previous tour of duty in Heritage, is not another go at government funding but a correction to the distorted market power that allows Google and Facebook to take advantage of Canadian news publishers and broadcasters.

In a previous post I wrote that the two platforms’ “market power” (borrowing competition law jargon for dominant market share) in digital advertising in search and social, and the matching losses in advertising revenue suffered by mainstream media, has created a market externality harming the public interest: the impoverishment of news journalism.

At the same time, Facebook and Google have become must-have distribution platforms for Canadian news organizations, making the situation ripe for one-sided bargaining over compensation for news content.

It would be folly to expect this Silicon Valley market power to be significantly altered by Canadian competition authorities, so C-18 will have to do the job.

The bill is of course modelled on Australian legislation enacted only 14 months ago.

The Australian “News Media Bargaining Code” followed its Competition Authority’s ruling that Google and Facebook wield market power in drawing audiences to their platforms using, in part, news content for which they either don’t pay or under compensate. In making the ruling, the Australians took into account the platforms’ argument that the value of their massive audience more than compensated news organizations for their content.

The Australian government’s legislative solution was to put the Facebook/Google argument about value to a fair test: a bargaining code that levels the playing field between platforms and news organizations by allowing the latter to combine their negotiating power with – most significantly – the backstop of binding arbitration.

It obliges Facebook and Google (though they must still be “designated” by the CRTC) and any other Digital News Intermediaries (DNIs) to play ball in the new bargaining scheme or else face multi-million-dollar fines.

The bill is not likely to cover other search engines because they are too small to have market power. Twitter is a candidate to be designated as a DNI but again may not demonstrate sufficient market power.

The CRTC will be tasked to set up a formal bargaining regime that includes negotiating timelines, good faith bargaining rules, a waiver from the Competition Act’s restrictions on corporate collusion; and to draw up a list of commercial arbitrators who can be called upon to determine fair compensation between a designated DNI and eligible news organizations.

However, this formal bargaining scheme is only a fail-safe to informal negotiations and may never be needed. Google and Facebook can avoid “designation” as DNIs as they did in Australia.

In Australia, Facebook and Google were keen to avoid binding arbitration so they improved their offers to publishers and broadcasters prior to the legislation being passed, obtaining negotiated deals with all major and many lesser news organizations.

These voluntary agreements convinced the Australian government not to trigger the formal bargaining and arbitration scheme in its legislation on the thinking that the platforms had met the statute’s fuzzy test of “making a significant contribution to journalism.”

This exemption from designation has continued in spite of Facebook’s refusal to negotiate with two small but esteemed news organizations, the Australian branch of the investigative outlet The Conversation and Special Broadcasting Service (similar to Canada’s OMNI television).

Bill C-18 includes a similar exemption clause in section 11(1)(a) and so the Australian scenario may be replayed in Canada in the months following Royal Proclamation. It will be up to the CRTC to rule on whether Facebook and Google have been sufficiently inclusive of news organizations. This is a key issue which Heritage Committee MPs might focus on.

There will inevitably be political theatre around C-18: in this Parliament the proximity of the words “Internet,” “media,” and “the CRTC” just about guarantee it.

Is the CRTC the best choice to oversee this regulatory scheme? Let me preface my answer by distancing myself as far as possible from the vilification of the Commission that is popular among Internet activists and inconsolable litigants.

If the implementation of C-18 goes as uneventfully as it did in Australia, the Commission may not have a lot to do.

Events might unfold in two different ways. If the platforms pursue the path of voluntary agreements in order to avoid arbitration, they will inevitably draw the line somewhere on which news organizations they recognize and then ask the Commission to bless the overall results of their multi-party negotiations under section 11(1) as representing “a significant portion of independent local news businesses,” thus avoiding the designation process and stranding those excluded news organizations.

Or if the platforms are designated as DNIs, a news organization seeking to get to the bargaining table might be denied eligibility as a legitimate news organization by the CRTC under sections 27(1) and 31(2) of the act and find itself unable to force negotiations with a designated platform.

If either happens, the Commission will be in the hot seat of deciding what is a legitimate news organization, and what is not, and will once again find itself in the eye of a political storm.

Another important file that the Commission may get handed under C-18 is the fate of the existing compensation deals between the platforms and news publishers, negotiated last year under economic duress.

The non-disclosure clauses in those agreements prevent us from knowing if Google and Facebook will be able to rely on them as done deals, specifically to meet the statutory threshold of reaching deals with a “significant portion of independent local news businesses.”

If the platforms dig in on this issue, expect news publishers to ask the Commission to review the adequacy of the compensation they signed off.