UNTIL LAST WEEK, PARLIAMENT’S Standing Committee on Canadian Heritage was plodding through the clause-by-clause review of Bill C-10 with no tasty headlines. Perhaps the bill’s revamp of the Broadcasting Act, which would sweep in Netflix, isn’t controversial anymore.

Of course, federal political partisanship is inevitable, as Canadian as bad weather.

And so, we now have the Conservatives’ faux controversy over free expression on social media platforms. In an e-mail blast from CPC MPs across the country, they made their case:

That means that a government-run organization – the CRTC – would have the final say on what Canadians can and cannot post on the internet.”

It was a cue for the usual suspects to pile on. The much-quoted Michael Geist, a law professor opposed to regulation of the Internet, gave journalists some good sound bytes.

Then, footnoting Geist, the activist group Open Media decided it all made good fundraising material. In its own email blast, it said:

“Last week the Department of Canadian Heritage blindsided us at the third reading of Bill C-10, adding a last minute change so that all user generated content on the internet will be regulated by the CRTC. This means that this government (and all future governments) would have the power to unilaterally censor or shadow ban ANY of the pictures, videos and audio we put online.

Will you help us fight back?

Aside from setting their hair on fire, Open Media didn’t get its facts quite right. It wasn’t Heritage bureaucrats and it wasn’t third reading. It was MPs on the Parliamentary Heritage Committee combing through the bill for errors and omissions, before punting it back to the House for third reading. A majority of MPs (Tories excluded) dumped a clause that would have given a blanket regulatory exemption to any social media platform that might get involved in broadcasting programming.

But, it made a provocative story with the right spin – that MPs had just handed the CRTC the power to ban Facebook and YouTube posts.

An explanation and a little context is in order.

Bill C-10 will update the Broadcasting Act. — originally passed in 1968 by Pierre Trudeau and updated in 1991 by Brian Mulroney — for today’s Internet.

The Broadcasting Act has never been about policing content. Since 1968, job number one for the CRTC has been to protect Canadian culture from being overwhelmed by a tide of American content.

That’s why the business end of the Act has been to levy funds from major cable TV companies – Bell, Quebecor, Rogers, Telus and Shaw—–to subsidize Canadian films, documentaries, and local news. The CRTC also requires major broadcasters like CTV, City, TVA and Global (owned by the major cable companies) to spend 30% of their budgets on airing Canadian news, sports and entertainment.

Before the Internet disrupted media on a global scale, Canadian TV companies did not have to compete against foreign streamers, search engines, or social media for advertising or subscription dollars.

Of course, things are different now. At first the federal government was slow to act, but the monopoly power of Big Tech got so out of hand it began to draw political fire and political will.

C-10 is the first, but won’t be the last, piece of federal legislation that will oblige foreign internet companies to play by the same rules as Canadian media companies, primarily to contribute to those cultural subsidies or make Canadian content of their own.

As for policing content, there is nothing new about that in the bill even though the CRTC has had that power over broadcasting entities since 1968. They have used it to regulate commercials and fair election advertising, but not much else.

Going back decades, the CRTC showed very little interest in policing the programming content you watch. It downloaded any content cop role to the broadcasters themselves, the self-policing Canadian Broadcasting Standards Council. A quick search will tell you that council is toothless or, depending on your point of view, appropriately unmotivated to interfere with content complaints.

“Given the revised Broadcasting Act will likely serve for another three decades, it was odd to give away exemptions to such powerful media companies as Google and Facebook.”

Here’s how the controversial clause removed from Bill C-10 fits in to all of this.

When Heritage bureaucrats drafted the bill last winter, they decided to exempt Google’s YouTube, Facebook, and other social media platforms (like the right-wing app Parler) from any kind of regulation even if they engaged in broadcasting. The platforms’ exemption appeared to be solely because their content came from third party uploads (from cat videos to commercial channels).

Significantly, the bill exempted the uploaders themselves (and still does).

Given the revised Broadcasting Act will likely serve for another three decades, it was odd to give away exemptions to such powerful media companies as Google and Facebook. Netflix obviously doesn’t get that exemption and neither will any Canadian TV companies.

It’s not surprising a majority of MPs on the committee thought it was a bad idea.

But here’s the twist in the story.

The Tories on the committee knew very well that censoring social media posts was not on the menu. In fact, they weren’t opposed to dropping the exemption. They are just fine regulating Facebook and YouTube if those platforms get into broadcasting.

To make a point during committee proceedings, CPC MP Kevin Waugh pointed out that Facebook and YouTube are already experimenting with broadcasting, when he said: “Thank you, Mr. Chair. We are seeing a lot of non-broadcasters going on Facebook and so on. Even now YouTube has major league baseball and yesterday offered a game with the Houston Astros on YouTube.”

However, for reasons best known to themselves, the Tories wanted a blanket exemption for social media platforms with fewer than 250,000 subscribers or $50 million in annual revenues. When they didn’t convince the other MPs, somebody at Tory HQ must have seen an opportunity to run the skull and crossbones up the mainmast. 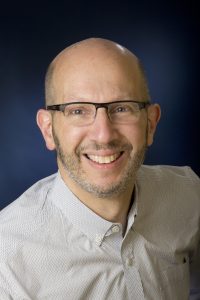 The Conservatives will continue to slow the committee consideration of the stack of 118 amendments on the order table before the bill can go back to the House for third reading. Then expect the Tories in the Senate to hold up C-10 this summer.

Meanwhile in California, Big Tech is having a big laugh.