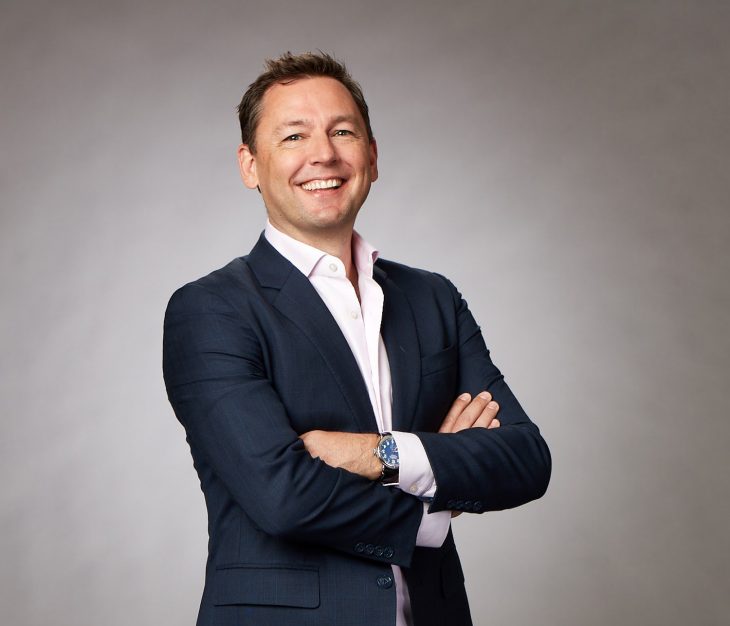 TORONTO – Telstra Americas has big plans to expand its year-old Canadian operations and connect the country to Asia.

“We’re there for the long haul – this is something where we’re going to continue to invest and grow,” said Nicholas Collins (above), president of Telstra Americas, in an interview with Cartt.ca.

Telstra, an Australian-based global telecom, is positioning itself in the Canadian market as a carrier that will “be solely focused on connecting Canadian enterprises to Asia,” he explained.

“We are not existing in Canada to compete with Shaw or Rogers or Bell because we are not actually building out… a domestic Canadian business, our sole purpose of existing in Canada is to provide access and that connectivity between Canada and the Asia Pacific region and we feel actually that’s a very compelling and distinctive proposition in the market.”

“We’ve built a very successful business here in the United States working with U.S.-headquartered companies and giving them access to the Asia-Pacific markets,” said Collins, who is based in San Francisco.

Telstra’s value in the region is its 250,000 miles (or just over 400,000 kilometers) of subsea cable infrastructure, much of which spans the Pacific Ocean and a lot of which is within Asia, he explained. “Helping U.S.-headquartered companies get across the Pacific Ocean on our subsea infrastructure and also across the key markets of Asia has been really where we built our business.”

The company aims to do the same here.

Telstra officially announced its plans to expand into Canada in October 2020. In January of the following year, the company announced its first point of presence (PoP) in Toronto (located at 151 Front Street) was available.

“We felt like the time was right for us to expand into Canada to support our customers and to extend the capabilities that we do here in the United States to Canadian-headquartered organizations,” said Collins.

The timing of Telstra’s expansion in Canada is in part because the Southern Cross Next, a major new trans-pacific cable, is expected to go online this year.

“This is about a 14,000-kilometer-long cable between the U.S. and Australia,” Collins explained. “By connecting it up into Toronto, we can actually then offer one of the lowest latency routes from Toronto down to Australia.”

“Our business is not to lay fibre in Canada so we will partner with established telecoms operators and fibre operators across Canada…” – Nicholas Collins, president of Telstra Americas

Collins also noted that in the company’s assessment of Canada a few things stood out, which contributed to the decision to expand here.

This includes strong ties between Canada and Asia. He talked about, for example, the Canadian government’s view on Asia.

“Clearly the Canadian government’s got a well published view around how they would like to play a key role in Asia through partnerships and strengthening economic ties and development assistance,” he said.

Collins also mentioned the Comprehensive and Progressive Agreement for Trans-Pacific Partnership. “The reality is that the opportunity for Canada to access the trade agreements with those nations in Asia is also going to create opportunities, and we think all these things combine to create some interesting economic opportunities between Canada and the AsiaPac and the AsiaPac is such an important part of our proposition in the market,” he said.

Telstra has also been interested in the Canadian government’s super cluster initiative, which is designed to help build innovative ecosystems.

“I think these are things which play nicely for us,” Collins said. “For these super clusters to be successful, there needs to be collaboration with other countries, businesses in other countries, there needs to be partnerships that enable these to flourish and we think that the AsiaPac region has some good ties into probably some of the super cluster initiatives as they play out in time.”

Canada and Australia also have many similarities as well as strong ties, “so, we think the macro picture presents some good opportunities around the Canada-Asia story,” Collins explained.

Moving forward, Telstra has plans to continue to build out its market presence in Canada. Along with “continuing to make sure we’re seizing the opportunity available in Toronto, we’re actively exploring an additional location in Vancouver – we think Vancouver is an important market that we should be serving as well through network infrastructure,” Collins said.

Telstra will also continue looking at opportunities as they come up.

“Collectively how this industry then comes together is really important. Partnerships are everything in this industry.” – Collins.

“Our roadmap in the next two years would see us probably expand to a further four to six cities across Canada so we can actually offer broader reach to customers as well because our whole strategy for growth is being as close to our customers as we possibly can,” said Collins.

Doing so will create more jobs. Right now, the company has a team of 10 people in Canada, which primarily includes their sales office in Toronto. “We’ve got a really strong team in place in Canada now and we’ll continue to sort of build that as we expand our geographic coverage as well,” said Collins.

Partnerships will be important for Telstra moving forward as the company will rely heavily on more established telecoms in the country that have a fibre footprint here.

“Our business is not to lay fibre in Canada so we will partner with established telecoms operators and fibre operators across Canada to leverage their networks and their investments and then we put our network infrastructure on the edge of those networks, so those relationships are really critical,” said Collins.

“Collectively how this industry then comes together is really important. Partnerships are everything in this industry.”