HERE IS NOT ONLY a conversation about TVO, but about the very future of virtual media engagement, cutting-edge entertainment, electronic gaming, and the digital changes already well underway for our entire media ecosystem!

Having grown-up in rough-scrabble Queens NYC just around the corner from Malcolm X, and now barely a year into this job, TVO’s new(ish) CEO, Jeffrey Orridge, has set lofty goals for Ontario’s educational media entity being THE source for premium educational content across all platforms.

Taking an ironic cue from his kids, this former CFL Commissioner – and digital brainiac – shares his views with our podcast listeners on how TVO will continue to step into the breach for provincial learners during Covid-19 and beyond, building on the remarkable success of its Independent Learning Centre and other exceptional offerings such as TVOKids. 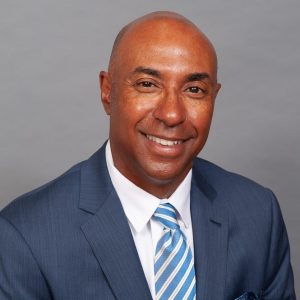 While everywhere on the planet public broadcasting finds itself embattled for funding and political support, this Harvard Law School trained and purpose-driven entrepreneur is confident in TVO being a brilliant exception.

Orridge, who was the first African American chief executive of a major North American sports league and now has more awards than most people have silverware (e.g. Historica Canada’s Trailblazer Award), may have had more glamorous sports and digital leadership roles but he argues TVO is where he is now meant to be.

And his deep commitment to diversity, grassroots voices, journalistic integrity, accessibility, Indigenous concerns, and a near-future where premium online learning systems for students and learners of all ages is literally present in all Ontario communities is, well… more than a little breathe-taking.

Here is a free-spirited give and take chat with one of the most respected leaders in building teams, brands and businesses across North America.

Plus, oh yes, Jeffrey really does have U.S. vice-president Kamala Harris on his smartphone speed-dial, and he really did take care of Shaquille O’Neil’s size 24 shoes… just saying!