COMING ON BOARD during the year of Covid would have been challenging enough, but new Canadian Association of Broadcasters president Kevin Desjardins (pictured) is also tasked with rebuilding the organization and its profile in Ottawa amid media and political environments where it seems the winds howl in every direction all the time.

Hired in November 2020 as the organization’s first president since Glenn O’Farrell stepped down in 2008, Desjardins knows much works lies ahead 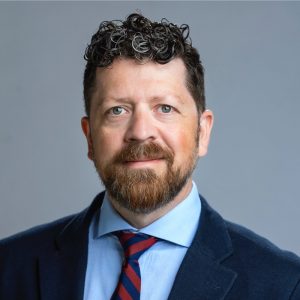 in order to ensure the association’s large and small members come together on certain big issues and ideas – even if they disagree on how to execute some of them.

For example, all Canadian broadcasters absolutely need a united front in Ottawa when it comes to holding a position in the face of foreign digital giants, Desjardins tells us. That said, the CAB’s large members and independents differ when it comes to Bill C-10, which would reform the Broadcasting Act. Bell, Corus and Rogers want it passed. The independents say it needs key amendments before becoming law.

A big part of the reason the association retreated from importance and shrunk to primarily dealing with radio issues since 2008 was because the needs of large and small broadcast members differed so widely for so long. (And Desjardins is first to thank long-time CAB CFO Sylvie Bissonnette, who kept a very much pared down CAB running since 2008.)

Now, Canadian broadcasters have a common cause: Transforming regulations so their broadcasting businesses can somehow co-exist and grow while digital giants like Facebook, Google and Netflix cast long, sometimes dark, shadows over the world, drawing so many ears and eyeballs and (in the case of the first two) ad dollars.

Desjardins calls it “rebalancing the regulatory burden,” when it comes to the CAB’s official support of getting C-10 passed.

Other important items Desjardins discusses with our Bill Roberts (himself a former CAB chair) are:

To find out more, you’ll have to listen in. Please click above to hear the enlightening conversation, which took place in early March.