THE FOUNDER OF THE Reelworld Film Festival and Reelworld Screen Institute says there has never been a better time for change than right now.

“We’re in a moment and I’m taking advantage of it,” Tonya Williams tells our Bill Roberts in the latest edition of the Cartt.ca Podcast, recorded August 27.

As a Canadian Black woman born in the 1950s, she is all too familiar with systemic racism and the work and sacrifice it has taken to try to overcome it just in her own career. While in many ways the two time Emmy-nominated and two-time NAACP Image Award winner has circumvented many obstacles placed in her way and achieved significant success in her 40-plus years in the entertainment industry – starring on The Young and the Restless for 20 years, along with numerous other TV and film roles, as well as working as a director and producer (please check out her IMDb here) – there remains an astonishing amount of work still to be done.

She founded the Reelworld Film Festival in Toronto in 2001 to promote and tell the stories of the Black, Indigenous, Asian, South Asian, Middle Eastern and Latinx communities, as well as provide professional development for people of colour in all sectors of the business, because there was little way for their stories to reach an audience or for racialized folks to find work or build a career in the business, especially in Canada.

Williams has been working for decades to, as she says, “literally change the face” of the media industry.

To do that well, however, she says she needs more data (like Reelworld’s “Changing the Narrative”) so the industry can see exactly where its shortcomings are. That data, after years of resistance, is finally coming she tells Roberts. Here’s some more here.

Williams also explains why we can’t just work towards including more people of colour in creative roles like actor, writer and director. This is of course a major goal, but we need Black and Indigenous and people of colour (but she doesn’t care for the term BIPOC – you’ll hear why) in producer roles, as casting directors, agents, managers and in positions of power to really drive change so we can also develop a star system where, for example, there are “bankable” Black stars in Canada.

She says she is cautiously optimistic about recent changes announced and other promised improvements to come (Bell Media and Reelworld will be making an announcement soon on a program to develop Black producers, she says), and is gratified to see others demanding change in their own organizations.

However, as she says, we’re in a moment right now: A time where change can be cultivated and grown, so long as the industry is diligent in following through on promises made, to keep the data flowing, and make commitments a reality, so that we can built a more equitable, diverse, and fair entertainment ecosystem.

It’s an hour well worth your time. 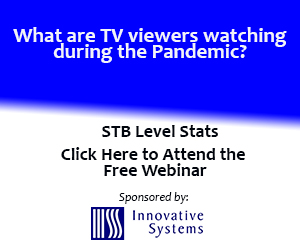