“KNOW YOUR STUFF” is the advice Mary Ellen Carlyle gives to young men and women who want to make their own mark in broadcasting technology, because the challenges are difficult and numerous.

If anyone knows her stuff, it’s Carlyle, who has spent 30 years at the cutting edge of live event television broadcasting and thanks to her huge and diverse body of work, she will be inducted into the Sports Broadcasting Hall of Fame on December 17th in New York. She will be the sixth woman and first Canadian honoured by the group whose membership are all sports broadcasters.

Back in 1989, when she started with Dome Productions after a few years at TSN, the company produced just 81 baseball games and 10 CFL games. That has exploded to 2,500 events annually, consisting of all manner of sports (including the growing E-sports genre, in which Dome was an early leader) to political events like last year’s G7 in Charlevoix, Quebec and the Toronto Raptors run to the NBA finals and the championship parade.

Thanks to the decision made by former Bell Media chief Ivan Fecan and Rogers founder Ted Rogers years ago to share the mobile broadcasting load, the company is co-owned by Rogers Media and Bell Media. Despite a few instances where she jokes she felt like the child “of two divorced parents”, Carlyle praises her bosses for giving her team the freedom to experiment (they once produced the Ryder Cup in 3D) and adopt new technologies quickly – a policy which has made Dome the most advanced 4K HDR producer in the Americas.

“We’re unique” she says about their 15 HD (seven are 1080p), four B units, three remote integration, four uplink, and three

full 4K mobile units. Dome’s production units can also perform web and social media functions and are prepared for virtual and augmented reality, too. When called upon to be the host of another event like the 2010 Olympics or another G7, Carlyle said she will prefer to be called “host media” over host broadcaster.

In her 38-minute chat with our host Bill Roberts, Carlyle (right) notes her many career highlights, mentors, her favourite sports and events, where she thinks sports television is headed – and just what else she tells other young women who want to pursue a career like hers. 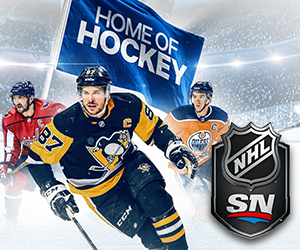