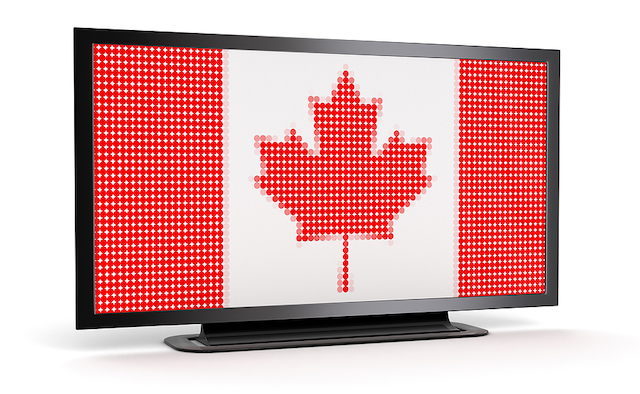 C-11 has now passed second reading in the House of Commons and is on its way to the Heritage Committee for amendments and further debate. It’s time for the minister to table a draft directive.

What should be in it?

The minister has said he’s receptive to strengthening the definition of Canadian content, currently codified by the CRTC, the Canada Media Fund, and the Heritage tax credit office (CAVCO) as entirely dependent on hiring Canadians into key creative roles and, crucially, keeping the copyright in the hands of Canadian producers.

A number of industry commentators, as diverse as Friends of Canadian Broadcasting and former CRTC chair Konrad Von Finckenstein, have expressed support for the British approach which counts authentic national themes as being as important as who gets hired.

The next question is money. The Liberals have suggested that inclusion of the foreign web giants under the act might inject $800 million per year into our broadcasting system. That money would more than make up for the $400 million shrinkage over the past six years resulting from former CRTC chair Jean Pierre Blais refusing to terminate the Commission’s regulatory exemption of Netflix and their streaming companions.

That much money can do a lot more than just “save” Canadian content. It boasts the promise of making it much better by financing shows with multi-million dollar episode budgets and global distribution.

But there is a hitch. Should Netflix (and Disney+, Apple, Amazon, etc.) just write cheques to Canadian production funds to finance shows made by independent Canadian producers? Or should Netflix be given free rein to make its own “Canadian content” instead?

Think about what the latter option would look like: outsourcing the creation of Canadian content to large American studios that monetize their shows for a global audience. Is Netflix likely to create Canadian programming that is so authentic and so attuned to the Canadian experience that it might not appeal to global audiences? Or would minimal compliance with Canadian content rules be expected?

The goal of the Broadcasting Act is not to mimic American content even if that makes it more easily monetized outside our borders: it’s to make Canadian shows that will satisfy Canadians.

The “Netflix contribution” cannot be an either-or result. Foreign web giants will need to participate in our system by doing both: writing cheques to underwrite Canadian content made by Canadians while making their own big-budget Canadian shows that travel well outside our borders.

That is not only defensible cultural policy, but it also should meet international trade commitments that otherwise might be violated if Netflix were prevented from drawing upon a Canadian film fund to make their own movies while being obliged to write cheques to that same fund.

It should be noted that Canadian media companies already have that two-fold obligation: as cable operators writing cheques to the Canada Media Fund, community TV and the Independent Local News Fund while, as broadcasters, making Canadian news, sports and entertainment either in-house or purchased from independent Canadian producers.

Fleshing out what this looks like in a post C-11 world should be enabled by broad language in Rodriguez’s policy directive, but the fine details are best left to a public consultation run by the CRTC.

Here are a couple of possible outcomes, however.

There is no way that Netflix and the other American studios are going to tolerate, in addition to writing a cheque to film production funds, being restricted from owning the copyright and the global distribution rights to the very expensive Canadian movies they will make. They probably have trade law on their side so dictating terms to them is risky.

On the other hand, granting Netflix sole copyright over the Canadian shows they make is nothing short of outsourcing our cultural policy to Hollywood.

Lastly, the policy directive should give the CRTC a mandate to fashion a stronger local news fund using the extra cash. Canadian media companies already do this: directly through CRTC regulations on Local News Expenditures or indirectly by contributing to the Independent Local News Fund. It would be Netflix’s fair share to write a cheque too.