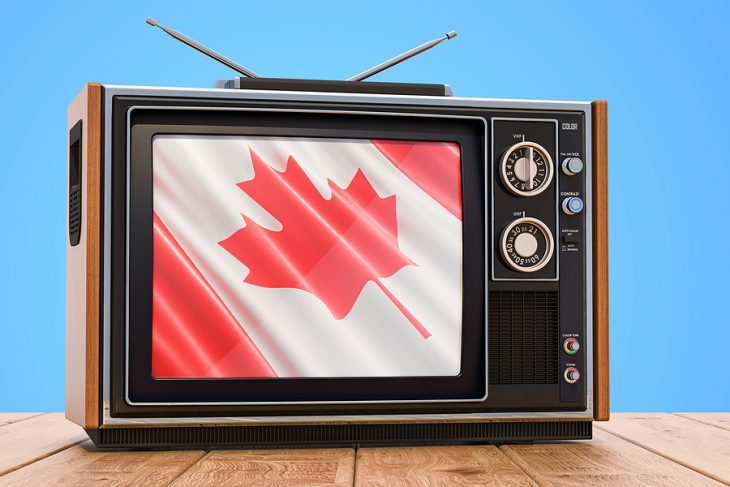 IN AN OPINION PIECE regarding C-11, the Online Streaming Act, Douglas Barrett on April 8 pointed out that the bill allows the CRTC to determine what constitutes a Canadian program for the purpose of act. He asked the logical question:

“How are they to do this? The first and most obvious approach would be to require the streamers contribute to a fund in the same manner as the BDUs currently contribute to the CMF. This could be a completely new fund established just for online undertakings.

The big question is – OK. But who would have access to the fund? And who would certify the programs that the fund supports?”

10(1) The Commission may, in furtherance of its objects, make regulations

(b) prescribing what constitutes a Canadian program for the purposes of this Act and, in doing so, shall consider

(i) whether Canadians own and control intellectual property rights over Canadian programs for exploitation purposes, and retain a material and equitable portion of their value,

(ii) whether key creative positions are primarily held by Canadians,

(iii) whether Canadian artistic and cultural content and expression are supported,

(iv) whether, for the purpose of subparagraph (i), online undertakings and programming undertakings collaborate with

(B) a Canadian broadcaster producing its own content, or

(C) a producer affiliated with a Canadian broadcaster, and

(v) any other matter that may be prescribed by regulation;

11.‍1 (1) The Commission may make regulations respecting expenditures to be made by persons carrying on broadcasting undertakings for the purposes of

(a) developing, financing, producing or promoting Canadian audio or audio-visual programs, including independent productions, for broadcasting by broadcasting undertakings;

(b) supporting, promoting or training Canadian creators of audio or audio-visual programs for broadcasting by broadcasting undertakings; or

(c) supporting participation by persons, groups of persons or organizations representing the public interest in proceedings before the Commission under this Act.

(4) Regulations and orders made under this section may provide that an expenditure is to be paid to any person or organization, other than the Commission, or into any fund, other than a fund administered by the Commission.

(5) Regulations and orders made under this section may provide for expenditures to be calculated by reference to any criteria that the Commission considers appropriate, including by reference to

(a) the revenues of the persons carrying on broadcasting undertakings;

(b) the performance of the persons carrying on broadcasting undertakings in relation to objectives established by the Commission, including objectives for the broadcasting of Canadian programs; and

(c) the market served by the persons carrying on broadcasting undertakings.

One cannot help but conclude that the legislation gives the CRTC maximum freedom to decide who has to make the contributions, to what fund and who can access such a fund.

Barrett comes to the conclusion, based on past practices and former CRTC decisions, that:

“Canada’s independent production community should demand all programs supported by any new fund be certified by CAVCO as Canadian content or a treaty co-production, with Canadian producer ownership of the IP, the division of distribution rights and the share of back end locked in as per current rules. All programs would be 10/10 to match the CMF approach. Assuming this fund would be “triggered” by streamers it would put them in roughly the same position as Canadian broadcasters are now in dealing with Canadian productions supported by the CMF.”

In my view this would be the wrong way to proceed.

One should not forget, as Barrett so succinctly noted:

“Both the CAVCO and CRTC main system require that the Canadian producer controls all the creative and financial aspects of the production. But in addition, the CAVCO system requires that:

the Canadian producer be the first owner of the copyright in the program;

the distribution rights for Canada be controlled by the producer; and,

Some observers have suggested that Article 15.2 paragraph 3 (d) of CUSMA which exempts subsidies from national treatment would protect Canada in case the US would take ‘measures of equivalent effect. It reads:

(d) a subsidy or grant provided by a Party or a state enterprise, including government-supported loans, guarantees, or insurance.

CUSMA does not specifically define “subsidy”. However  CUSMA Article 10.5 provides that each Party retains its rights under the Agreement on Subsidies and Countervailing Measures (SCM) Agreement.  Accordingly, it is fair to conclude that CUSMA incorporates the SCM Agreement’s concept of a subsidy. The SCM defines subsidy as:

1.1 For the purpose of this Agreement, a subsidy shall be deemed to exist if:

(a) (1) there is a financial contribution by a government or any public body within the territory of a Member (referred to in this Agreement as “government”), i.e. where:

(ii) government revenue that is otherwise due is foregone or not collected (e.g. fiscal incentives such as tax credits);

(iii) a government provides goods or services other than general infrastructure, or purchases goods;

(iv) a government makes payments to a funding mechanism, or entrusts or directs a private body to carry out one or more of the type of functions illustrated in

(i) to (iii) above which would normally be vested in the government and the practice, in no real sense, differs from practices normally followed by governments;

[“Ad Article XVI The exemption of an exported product from duties or taxes borne by the like product when destined for domestic consumption, or the remission of such duties or taxes in amounts not in excess of those which have accrued, shall not be deemed to be a subsidy.”]

(b) a benefit is thereby conferred.

An obligation to contribute to a fund designed to help the industry but which only domestic companies can access does not fit any definition of subsidy as that term is used in the international trade area. The feature of a “subsidy” is a benefit of some sort must flow from the government to a beneficiary.

This can be a grant, a loan on non-commercial terms, the provision of goods or services for less than adequate remuneration, etc. The commonality is that there is a flow of some sort of benefit from the government, or by a private entity working under the direction of the government, to a beneficiary.

So, unless the CRTC wants to risk a confrontation with the US government over the treatment of streamers under the new Broadcasting Act it should use its vast new powers to:

This is a golden opportunity for the CRTC to set up a new system, amply funded, that will produce quality products reflecting Canada’s culture, talents and creativity rather than products dependent on nationality of producers and ownership of IP rights.