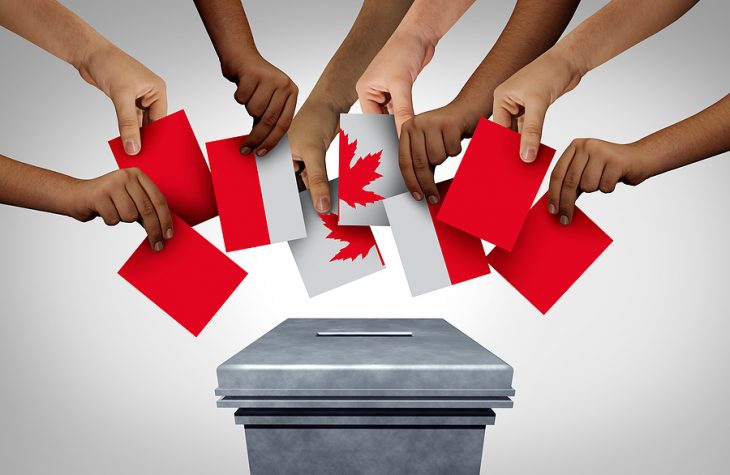 Five little words and a world of difference

It’s hard to say how much the detailed party platforms matter in an election. In this one, each of the main platforms contains dedicated sections on the arts/culture/broadcasting sectors and it’s instructive to have a look at them.

To start, there appears to be complete unanimity on the question of ensuring the “foreign web giants contribute to the creation and promotion of Canadian stories and music” (Liberal); requiring “digital streaming giants to reinvest a significant portion of Canadian gross revenues” (Conservative); making sure that “Netflix, Facebook, Google and other digital media companies pay corporate taxes now, support Canadian content in both official languages” (NDP); “taxing the digital giants … as is already done in France” (Bloc Québécois); “regulating the powerful platforms through the CRTC as envisaged by Bill C-10” (Green).

It is well known that Bill C-10 died on the five yard line with the recent dissolution of Parliament. So right now we are technically nowhere. In a piece I wrote for Cartt.ca in September, 2018 (ANALYSIS: Why we’re still seven years away from new Acts) I summarized the process up to that time:

When … Heritage Minister Melanie Joly announced the launch of public consultations with consumers and creators to bring Canada’s cultural properties (everything from the Broadcasting Act to the CRTC) into the digital age, there was great excitement.

Her extensive consultations led to the publication of the Creative Canada Policy Framework in September, 2017, which included a request to the CRTC to examine future programming distribution models and report back to her by June 1, 2018. The Commission used a variety of consultation tools in preparing its report: Harnessing Change: The Future of Programming Distribution in Canada.

The next step was the appointment last June of a panel of our best and brightest experts to review the Broadcasting and Telecommunications Acts, consult widely, and report back by January 31, 2020, about three months after the next federal election.

The Yale report was delivered on time as promised. Since then Bill C-10 was drafted in an orderly fashion, debated before Parliament, presented at the Standing Committee on Canadian Heritage, amended in response to comments and criticisms, approved by Parliament and sent to the Senate where it died as the election was called.

Were it to have been passed there is still much work to be done. Bill C-10 is a document of principles.  All of the detailed requirements of the new regime, both for the digital giants and the incumbent Canadian broadcasters are to be determined by the CRTC. That means a set of significant hearings and a lengthy and major structural decision. I am estimating at least a year for that exercise following the ultimate passage of the Bill into law.

This then only takes us to the beginning of the implementation phase of the new rules, likely a complex and lengthy process in and of itself.

In my 2018 article I used a different analysis to suggest that it could be 2025 before the new regime arrived. While my analytical guesses were off in a couple of spots, I am guessing that the predicted timing of the outcome will likely turn out to be correct.

There is a big IF to all of this and it is that our government moves promptly following the election to reintroduce Bill C-10 and move it rapidly through all of the steps required to pass it into law.

During an all-party virtual panel discussion last week on the future of the Canadian screen industries, (organized by DGC, ACTRA and ARRQ), Stephen Guilbeaut expressed his frustration at the fate of Bill C-10 and at the steps taken by Conservative senators to prevent its passage at the 11th hour of the last Parliament. He reiterated the Liberal Platform pledge to reintroduce a new version of the Bill “within the first 100 days”. These are the five magic words suggested at the top of this piece. And from a review of all but one of the other party platforms it would appear that with some qualification this would be a welcome and supported strategy. In itself, this is an incredibly important and powerful development.

The contrast with the platform of the Conservative Party is stark. It would:

So while the Conservatives agree on the need for the digital giants to make a contribution, they essentially want to make structural changes to the Broadcasting Act that are so extensive that they would have the effect of starting the entire process all over again.

Given that we are already five years into this exercise, that numerous and detailed studies and consultations have already been undertaken, that there is widespread agreement among stakeholders and Canadians on the urgency of the need, that the grip of the foreign players on the Canadian market grows ever tighter, and that technology advances at lightning speed, the Conservative plan is nothing short of irresponsible.

If the Conservatives form a government, I believe the pursuit of its proposals in the coming Parliament will gridlock any progress whatsoever. In that case, my prediction of some kind of a resolution in 2025 will turn out to be rosy indeed.

We should all keep this in mind when making our choice next Monday.

Doug Barrett is a veteran of over 30 years in the Canadian media and entertainment industries and since 2008 a professor in Media Management Schulich School of Business of York University. He is also the Principal of Barcode SDG, a strategic advisory firm. He was also president and CEO of PS Production Services from 2006 to 2013 and prior to that spent 20 years as one of Canada’s most successful entertainment lawyers, serving as senior partner at McMillan LLP. From 2004 to 2008, he served as chair of the board of directors of the Canadian Television Fund and has also served on several additional industry boards.