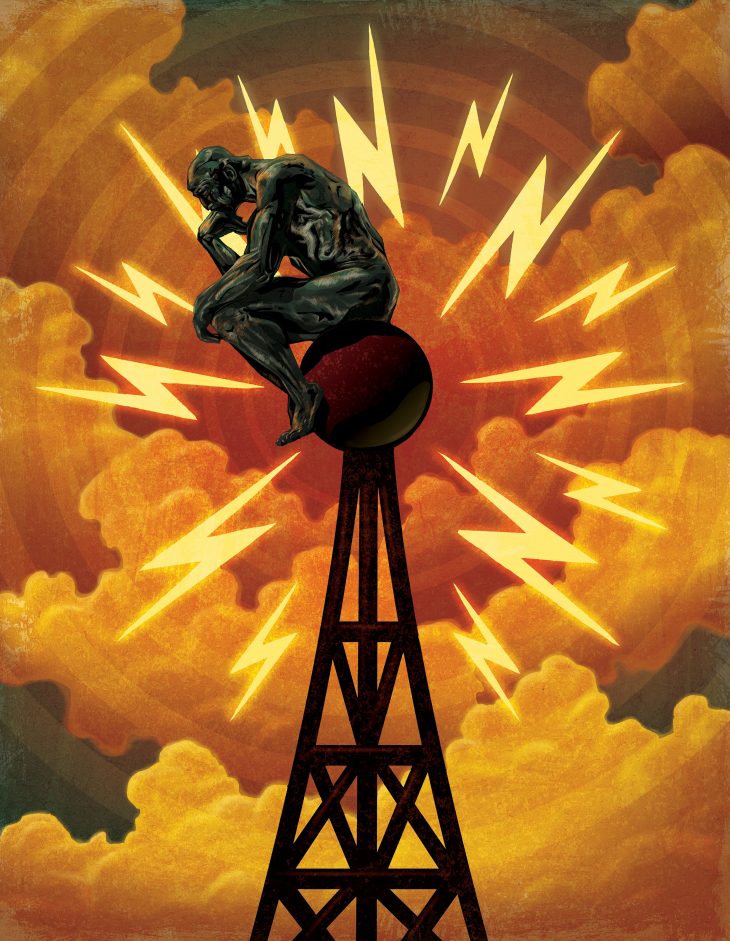 WHEN NOW-FORMER Heritage Minister Melanie Joly announced the launch of public consultations with consumers and creators to bring Canada’s cultural properties (everything from the Broadcasting Act to the CRTC) into the digital age, there was great excitement.

Her extensive consultations led to the publication of the Creative Canada Policy Framework in September, 2017, which included a request to the CRTC to examine future programming distribution models and report back to her by June 1, 2018. The Commission used a variety of consultation tools in preparing its report: Harnessing Change: The Future of Programming Distribution in Canada.

The next step was the appointment last June of a panel of our best and brightest experts to review the Broadcasting and Telecommunications Acts, consult widely, and report back by January 31, 2020, about three months after the next federal election. The panel’s work is now in full swing and consultations have begun across the country. Seems like steady progress, right? Well, true – unless one considers the lightning speed of changes already unfolding in the digital information and entertainment arena.

And we are only part way through the exercise. Big time legislative change always takes a long, long time. If things continue at the current pace I predict we’ll have a shiny new Act in place sometime around 2024-2025, and until then, absolutely nothing will happen to change the status quo. This timing factor needs to be kept in mind by all those who are being consulted – and will continue to be consulted over and over again as the process unfolds.

Here is how it will go: Assuming the Liberal party continues to form a working government beyond 2019 (no guarantee), it will examine the recommendations of the legislative review panel and begin the process of developing a cabinet decision document leading to the preparation of draft legislation. What might normally be a straightforward process will likely be complicated by three factors: unresolved controversies in the path of moving forward (such as the Netflix “contribution”), well organized political opposition from entrenched stakeholder groups for any number of reasons, and the fact that this legislation will require the co-ordination of two major government departments: Canadian Heritage on the broadcasting side and Innovation, Science and Economic Development on the telecommunications side.

Each of these present major time consumptive challenges. So, I envision a time frame of roughly the beginning of 2022 for actual legislation to be tabled in Parliament. If anything I think I am being optimistic with that estimate.

Once tabled, there is a first reading and then the committee phase. In this case there will be two standing Parliamentary Committees which could be engaged in that exercise and how to proceed will take some figuring out. Of course, these Committees will want to hold some sort of public hearings or consultation processes, possibly extensive. It is to be expected. Once the Committee phase is done there is a second reading and house debate, then third reading and vote, and off to the Senate. In my timeline, this gets us to the beginning of 2023.

By the way, the term of the current CRTC Chair, Ian Scott comes to an end in September, 2022. So if there is to be any form of CRTC restructuring (mandate, number of Commissioners and role, operational methods or a different form of licensing process as has sometimes been suggested) the timing for this will have to be considered as well as the matter of leadership.

“Netflix has not yet been available to Canadians for as long as this process is going to take.”

Another big factor is that the five year licenses for all of the major broadcasters come to an end on August 31, 2022. This means that the normal course CRTC licence renewal hearings for these companies would happen in the winter or spring of 2022 under the provisions of the current Broadcasting Act. How does one operate licence renewal hearings under existing legislation when new but not-yet-in-force rules are on the horizon?

Now, I’d like to loop back for a minute. The Terms of Reference of the recently appointed panel of experts puts the mandate of the CBC/Radio-Canada squarely within the assigned work to be tackled. As much as I admire the members of this group, it is inconceivable to me that they alone would determine the future of Canada’s public broadcaster.

If there are changes to be made that are at all seismic to this institution, many Canadians (and all sorts of stakeholder groups) will want to have a say – and a passionate one at that. So either the whole CBC question is carved out of the review, or a parallel review process established, or the whole process will then get a lot longer.

It needs to be remembered that In October of 2023, there will be another federal election – and for the process to continue as before, either the Liberals would have to win a third working term or the new government would have to become committed to this project. Given the passions that might be stirred – especially on the CBC mandate question – I question whether pushing forward the Broadcasting and Telecommunications Acts review would be any kind government priority in an election year.

So that gets us to January, 2024. If the Liberals have a fresh mandate it would seem feasible they’d want to finally get the job done, and could do that early in the new term. Hence, late 2024 or early 2025 for the new legislation to be proclaimed.

A final kicker though is that it takes time to implement the new licensing approaches which would have to follow new laws, especially when major licence terms continue in force. We are, for example, still implementing the Let’s Talk TV rules that were decided in 2015. So, the implementation of any new regime could easily extend to the late 2020s.

Here is my question in all of this: Is it responsible governance for Canada to plod along in this process while the impacts of the digital age wash over us? It would be almost trite to say that Netflix has not yet been available to Canadians for as long as this process is going to take.

I’m pretty certain that developments in the next five to seven years on any number of fronts will have a major impact on Canada’s ability to develop a programming and telecommunication policy regime that properly serves Canada and Canadians – and maintains a vibrant and healthy cultural production sector. For me, there is a certain recklessness in following this meandering course to the cliff’s edge.

So, if I am correct in my suggested timing for this exercise, shouldn’t we be looking at some sort of interim solution? That’s for next time.

Doug Barrett is a veteran of over 30 years in the Canadian media and entertainment industries and since 2008 a professor in Media Management Schulich School of Business of York University. He is also the Principal of Barcode SDG, a strategic advisory firm. He was also president and CEO of PS Production Services from 2006 to 2013 and prior to that spent 20 years as one of Canada’s most successful entertainment lawyers, serving as senior partner at McMillan LLP. From 2004 to 2008, he served as chair of the board of directors of the Canadian Television Fund. He has also served on several additional industry boards, including the Banff Television Festival, the Feature Film Project of the Canadian Film Centre and the Canadian Film and Television Production Association.  He was also a key founder of the Alliance Atlantis Banff Television Executive Program.

(Ed note: Doug knows what he’s talking about and has spent a long time thinking about this industry.)