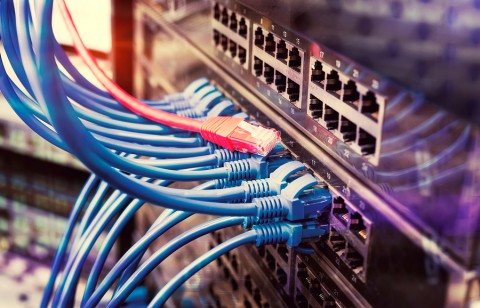 The decision goes through the history of wholesale rate setting, which actually dates back to 1979. The Court outlines the details of decision CRTC 2019-288 referencing productivity factors, upstream traffic growth rates, attribution of segmentation costs, speed-banding, unrecovered costs, working fill factors (WFF), coaxial cable facilities and annual development costs, each time going through the appellant’s submission, the context, the Commission’s reasons and their analysis.

“The appellants (ILECs and large cable providers) have not demonstrated any error of law or jurisdiction arising out of any breach of procedural fairness or arbitrary decision-making. Their concerns centre in largest part on the methods chosen by the Commission and the Commission’s conclusions when it applied those methods to the evidence before it. The Commission may adopt and apply any method it considers appropriate for determining rates. The proper avenue of recourse lies with the Commission itself by way of a request for reconsideration or by way of an appeal to the Governor in Council.”

Interestingly, the Court notes while the Telecom Act limits its examination of a case to “any question of law or of jurisdiction” while the other two recourse (Cabinet and the CRTC itself) do not circumscribe their examination.

They were silent on the fact that the appellants sent copies of the Order-in-Council to the Court, which urged the CRTC to reconsider some of its decision, last month.

Matt Stein, president and chairman of respondent Competitive Network Operators of Canada and CEO of Distributel, told Cartt.ca in an email, “this is a massive win for Canadians. This marks the end of a pivotal chapter in a long, unnecessarily drawn-out fight, which challenged Canada’s longstanding practice of appropriate oversight to ensure fair pricing and competition.

“Deserving consumers across Canada can look forward to the increased value and innovation that the CRTC’s original decision was designed to protect. It’s been more than a year since the CRTC determined that the big telcos have been charging too much for access to their networks and it’s time Canadians finally benefitted from that decision.”

Competitive third party internet access provider VMedia wrote in a news release, “the FCA’s decision also calls into question the judgment of the Federal Cabinet in its recent Order, responding to a similar petition by the major telcos, which seeks to interfere with the CRTC’s findings and cause it to readjust its decision in favour of the major telcos.”

“This vindication of the CRTC’s years-long process makes the much-derided Cabinet order of last month look even more like an unnecessary pander to the major telcos, at the expense of Canadian consumers.” – George Burger, VMedia

“The unanimous decision of the three-judge panel and its relatively quick determination, less than three months after the hearing, is a clear signal of how frivolous and desperate the appeal was in the first place,” added George Burger, co-founder of VMedia. “Together with the award of costs to the competitive independent internet providers, this vindication of the CRTC’s years-long process makes the much-derided Cabinet order of last month look even more like an unnecessary pander to the major telcos, at the expense of Canadian consumers.”

“We are very happy with the unanimous decision of the three judges of the Federal Court of Appeal. It recognizes the CRTC did conduct a meaningful exercise and that retroactivity does not constitute an unconstitutional tax. Now, it is up to the CRTC to reject the Review & Vary application to enforce the 2019-288 decision so that Canadians can pay reasonable rates to access high-speed Internet,” said Jean-Philippe Beïque, CEO of Ebox, a Montreal-based TPIA competitor, in a email in French to Cartt.ca.

The ball is now firmly in the CRTC’s court. “The CRTC has taken note of the Court’s decision to dismiss the appeal regarding wholesale rates for aggregated high-speed access services. Given that the Commission is currently considering the applications to Review and Vary the final wholesale rates, as well as a request for a stay, we cannot provide further comments at this time,” said CRTC spokesperson Patricia Valladao in an email.

“We believe that the most likely scenario involves a reworking of the current rates and likely a reduction or elimination of the retroactive component.” – Aravinda Galappatthige, Canaccord Genuity

That prompted Cartt.ca to go back to the R&V applications where we realized the incumbents also requested a stay of the rates when they filed those, which was not considered at the time because of the stay order in place from the Court. However, today’s FCA decision quashes that stay. that became moot when the FCA decision came out.

Here is, for example, what Bell wrote at the time: “In the event that the proceeding in Federal Court of Appeal Court (…) is concluded, abandoned, or dismissed, (…) we seek from the Commission an interlocutory stay of the Order pending final disposition of the outstanding issues in this Application for the reasons set out in section.”

So the CRTC is considering the application for a stay of those rates at this time.

“We are in the process of reviewing the decision and have no comment to provide,” wrote Chethan Lakshman, vice president, external affairs, Shaw Communications.

Rogers also indicated by email that they were reviewing the decision.

Bell has a similar response. “We’re reviewing the decision and looking at all our options,” said a spokesperson.

Industry analyst Aravinda Galappatthige of Canaccord Genuity, in an email to investors, noted the confusing nature of this file.

“Empirically, in the preponderance of cases involving carrier vs regulator the final decision does eventually come down in favour of the latter. However, this situation appears to be different, given that the government appears to have had a change of heart and that there is a CRTC review of the August 2019 decision ongoing. We thus believe that the most likely scenario involves a reworking of the current rates and likely a reduction or elimination of the retroactive component.”

The appellants now have 60 days to seek leave to appeal to the Supreme Court. An earlier edition of this story said 10 days. Cartt.ca regrets the error.