Sure, Phil had more appearances before the CRTC – over 100 – than anybody; and he’s put in 40 exciting years co-building the Rogers brand and our country’s second-largest telecommunications and media company – Rogers Communications.

But to caricature Phil Lind as merely Ted’s strategic “Abominable No Man” is to sell this man very short.

His new book Right Hand Man: How Phil Lind Guided the Genius of Ted Rogers, Canada’s Foremost Entrepreneur, written with Bob Brehl, may not be headed for the RBC Taylor Prize, but I couldn’t put it down (Cartt.ca published excerpts here and here).

From sports to politics, to the arts, to environmental awareness, to Canada-U.S. relations, to the stroke that left the right side of his body paralyzed — he’s got quite a story to tell. It’s also at times pretty candid about Ted’s character, which clearly included business genius – but also bullying, encouraging back-biting, and sometimes resenting this right-hand man.

Showing up at the 10th floor of 333 Bloor East, which frankly hasn’t changed much over the decades, brought back many personal memories too. In my executive TVOntario and VisionTV days, Phil Lind was my warrior-nemesis on everything from 9(1)(h) for not-for-profit broadcasters, to the over-regulated protection of Canadian independent producers, to how PBS (Buffalo) should have equal if not better carriage than our provincial educational broadcaster.

Okay, I admit there’s also some Lind ego in this 350 page or so account of his life… but there’s also humour, wit, little known backroom deals, self-reflection (e.g. his sincere admiration for assassinated Senator Robert Kennedy), and some genuine corporate revelations.

And frankly, any person that after such a serious stoke, returns to a dedicated 14-hour workday in less than a year, deserves both our respect and to be cut more than a little slack.

There’s a truly gracious candour with Phil Lind these days – I hope that this podcast (which goes beyond the book, as he has some advice for the Broadcast and Telecom Legislative Review panel, thoughts on the digital media exemption order, RCI’s current challenges and much more), and perhaps his book, can connect listeners and readers to this exceptional life. 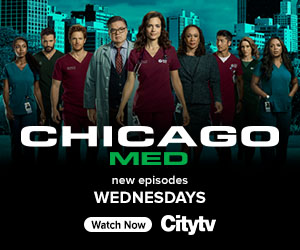