NO CANADIAN MEDIA company has grown over the past 12 years the way Montreal’s Stingray Group has.

Getting its start in 2007 when its founder purchased a South Carolina-based karaoke business, Stingray has grown in ways that co-founder and current CEO Eric Boyko couldn’t have fathomed in the beginning. With its $506 million purchase of Newcap Radio last year, Stingray is now one of the largest radio station owners in Canada – while also owning 80% of the world’s karaoke market (who knew!?).

Known primarily in Canadian media circles as the TV music company (but with a thriving line of business providing companies like retailers and ski resorts with background music), Stingray now has over 400 million subscribers in 143 countries, primarily in the business to business space, but with a growing B2C presence. It provides music and video such 4KTV and concerts to cable, IPTV, or wireless carriers and some, like Stingray Qello, direct to consumers. Imagine the myriad copyrights regimes it has to manage!

but has much, much larger aspirations.

While his background and a number of assets are Canadian and he worries about our media companies saying “I’m not sure how you’re going to succeed if you’re not a global media company,” Boyko doesn’t have a whole lot of time to think about that because his ambitions are larger and lie well beyond Canada.

“We have to become a $10 billion company in five years or we’re out of business. It’s $10 billion or zero. There’s no in between.” 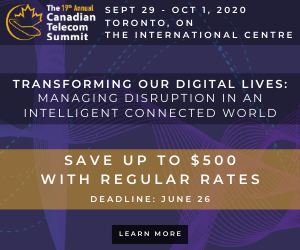