THE CBC REACHES 20 million Canadians every month when counting its various platforms, be it TV, radio, online, apps, or podcasts.

It’s an impressive number, but not one Catherine Tait (pictured), who was hired as CEO of the CBC five months ago, wants to dwell upon – as she tells our Bill Roberts in the latest Cartt.ca podcast. Tait is more concerned about engagement, about fostering trust and connecting Canadians in as many ways as possible.

She calls trust, especially now when we are all so swamped with information (not to mention misinformation, disinformation and lies) the CBC’s “most precious asset” and something that needs constant tending with tools like high quality investigative news, local news and top-notch Canadian programming.

Despite growing global media players (some of whom CBC has partnered with on certain shows) dominating the media space, Tait believes there are a great many niches the public broadcaster can serve which are being missed by those media titans. Netflix might be a great partner for Alias Grace, but they’re never going to provide local news in Nunavut, for example.

Plus, the CBC is the only media outlet mentioned by name and given a mandate in the Broadcasting Act, which is under review right now, too. Any changes there may well alter the new CEO’s plans for the broadcaster.

“We need to collaborate to make sure we have a viable industry going forward,” she added.

Please listen in to learn more about Tait and her plans for the CBC. 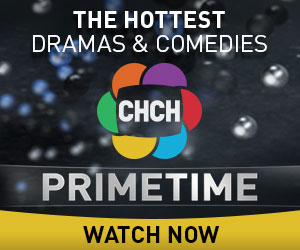