JEAN LA ROSE HAS BEEN CEO of the Aboriginal Peoples Television Network for 17 of the channel’s 20 years. To say he’s seen a lot is an immeasurable understatement.

He tells our Bill Roberts how he felt the sting of racism as an Indigenous Canadian and how hard it has been not only to help to protect Indigenous people from harm, but their culture from the onslaught of global media which doesn’t reflect the lives of the majority of his viewers.

APTN grew from a channel which, La Rose (pictured) admits, didn’t really know what it was doing at first, to what is now an internationally recognized force to be reckoned with. Its news “uncovers the stories others won’t,” which mainstream media will then cover only after APTN has pulled back the curtain.

It’s not easy as an Indigenous broadcaster, but APTN has plans to grow despite cord-cutting (it’s a BDU must-carry, so cord

cutting hits its bottom line directly) and to build on its burgeoning reputation as a player in television, which really took off after its stellar work during the 2010 Vancouver Winter Olympics.

It has launched a new app and is exploring international growth while continuing to represent and reflect its community in, and to, Canada and the world.

Cartt.ca’s Bill Roberts met with La Rose, who will retire as APTN CEO at the end of the year, in Ottawa the day after APTN and the National Centre for Truth and Reconciliation hosted a special ceremony honouring the many children who died in residential schools Canadian Museum of History in Gatineau, Que.

Click above to listen to part one of our fascinating two-part podcast. 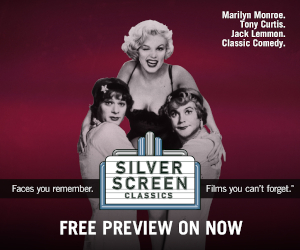