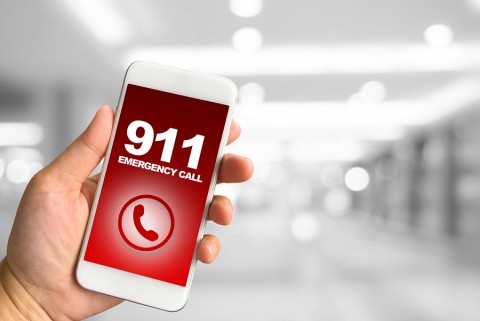 AHMAD HATHOUT’S ARTICLE in the 27 April 2022 edition of Cartt.ca reports on the Commission’s proceeding looking into the possibility of subsidizing 9-1-1 services in Canada, more specifically the latest evolution of 9-1-1: NG9-1-1 service.

In 2017, five years ago, the Commission determined that Canada should migrate from E9-1-1 to NG9-1-1. In its landmark decision on the matter Telecom Regulatory Policy 2017-182, the Commission designated all Incumbent Local Exchange Carriers – small and large ILECs alike – as NG9-1-1 network providers. These companies are under no less than a condition of service, imposed via section 24 of the Telecommunications Act, to provide the service. Failure to do so could ultimately prove catastrophic for companies that fail to comply.

Since that time, the entire industry – small and large ILECs, other telecommunications service providers (TSPs), public safety answering points (PSAPs) and other members of the first responder community – have been working diligently to “move mountains” to implement the Commission’s directives.

As it laid the regulatory groundwork for NG9-1-1, the Commission recognized the size and resource discrepancies between the small and the large ILECs and decided that the small ILECs – SILECs – should be permitted to outsource their NG9-1-1 networks to vendor companies capable of fulfilling the regulatory requirements.

Via a multi-year negotiation process, Independent Telecommunications Providers Association (ITPA) members have done precisely that and have fully enacted the Commission’s directives culminating with the filing of retail and wholesale NG9-1-1 tariff applications that have been approved by the Commission. Indeed, the ITPA and its member companies have risen to the monumental challenge to meet the Commission’s condition of service.

Which brings us back to Cartt.ca’s article. Hathout reproduces a claim that Rogers has made over and over again on the record of different proceedings: that SILECs “are not deploying NG9-1-1 networks,” and elsewhere that SILECs are not NG9-1-1 network providers.

ITPA members have approached large TSPs – informally at first and then through a Part 1 application – for information that would have assisted these SILECs in meeting their obligations as the entities responsible for the provision of NG9-1-1 in their incumbent operating territories. ITPA members have been stonewalled at every turn. Nevertheless, they have persevered and achieved the requirements of the Commission and indeed of public safety advocates.

Time and again, in an effort that can only be described as gaslighting, these large service providers have proclaimed, despite the Commission’s designation written “in black and white” to the contrary, that SILECs are not NG9-1-1 network providers.

Which brings us to the current proceedings where almost five years after industry momentum started to build towards NG9-1-1, the gaslighting and blatant spread of misinformation continues with Telus’ request that the Commission reverse its decision and reclassify SILECs as mere “Originating Network Providers” like wireless service providers or CLECs.

But not really if you have been participating in or following the process since the 2017 decision.

It’s a simple request to put in a Part 1 application but at this stage of the game – five years later with the starter’s pistol about to fire for NG9-1-1 – it would be nothing short of a Gordian Knot for ITPA members to unwind: contractually, financially, technically and in a manner that is fair to them and their customers. It would take significant regulatory intervention by the Commission through a process that would inflict significant harm on ITPA member companies and Canadians across the county.

As early as 2014 the Commission put the industry on notice that things would change for all aspects of the industry (for service providers, 9-1-1 network providers and PSAPs/first responders) with the migration from the E9-1-1 status quo that ruled the provision of 9-1-1 service in Canada since the 1980s. The efforts of ITPA members have validated that warning and they have accepted the fact that “the times they are a-changin’”. Wouldn’t it be nice if everyone else did the same and got on with it?