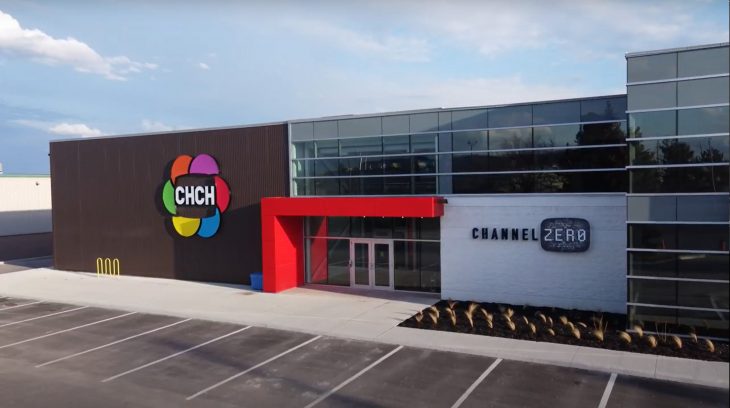 HAMILTON — CHCH-TV, the longest-running independent TV station in Canada, moved to a new home this week.

After being located in downtown Hamilton for 67 years, CHCH-TV is now operating its broadcasting and business operations at a new address on Innovation Drive in a suburban area of the city.

The station started broadcasting from its new studio on Monday. The newly constructed facility features 7,000 sq. ft. of fully digital and 4K-ready broadcast space, which is the new home for the station’s flagship daily shows, Morning Live and CHCH Evening News at 6 p.m. and 11 p.m. 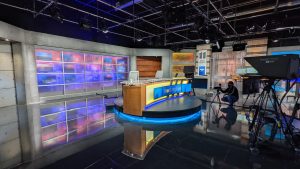 Feature elements of the studios include a 360-degree anchor desk with fully adaptable lighting, a “Gate 11” sports desk constructed in the style of Hamilton’s Tim Hortons Field, a triple-monitor backdrop featuring a stylized skyline stretching from Toronto’s CN Tower through Hamilton City Hall to Niagara Falls’ Skylon Tower, another 12-monitor backdrop, and a portable control room to allow CHCH-TV to produce live on location for special sporting events and concerts.

“The new state-of-the-art studios, combined with upgraded broadcast technology, an expanded newsroom, and dynamic spaces for employee, client and guest collaboration, will allow CHCH-TV to expand its broadcast and digital coverage to bring local, provincial, and national audiences more news, information and entertainment than ever before,” reads a press release.

The process of CHCH-TV moving to a new home was years in the making, according to the release, and the transition to Innovation Drive began in October 2018 when CHCH-TV station owner Channel Zero Inc. purchased the property.

“After nearly a decade of careful planning, we found ourselves with the unique chance to reinvent and reimagine what our future can look like from the ground up,” Chris Fuoco, vice-president of sales and marketing at Channel Zero, said in the release.

“The location we had for many years served us so well. But that was one purpose, for traditional television. In today’s day and age, we need adaptable spaces that allow us to hit the ground running with emerging technology, like we are from day one in this new environment. I think of this building like a bridge or a transition to what the future of TV and media can become,” Fuoco said. 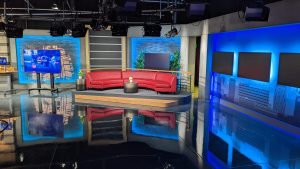 As our readers will know, Cartt.ca publisher Greg O’Brien is CHCH-TV’s news director.

“In our previous office and especially during long stretches of the pandemic, everyone was separated, in ways we shouldn’t be,” O’Brien said in the release. “We want to have open conversations, we want to talk about news, talk about content, and have fun. From day one at Innovation Drive, we’ve been able to do all that, remain safe, and provide even better content to our viewers, broadcasting from the newest studio setup and newsroom environment in the country.”

CHCH-TV’s new location at 4 Innovation Drive is home to 65 full-time and 23 part-time staff, with more to follow in the coming months, the release says.

“The completion of this project is truly remarkable,” said John McKenna, executive producer of CHCH News for 23 years. “Within the last 15 years, an astounding number of media outlets have closed or experienced unfortunate layoffs. Investing in this kind of newsroom in today’s media environment shows a commitment by CHCH and Channel Zero to quality local journalism in Canada.” 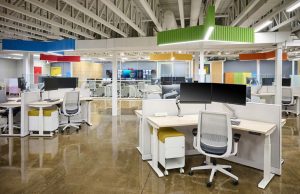