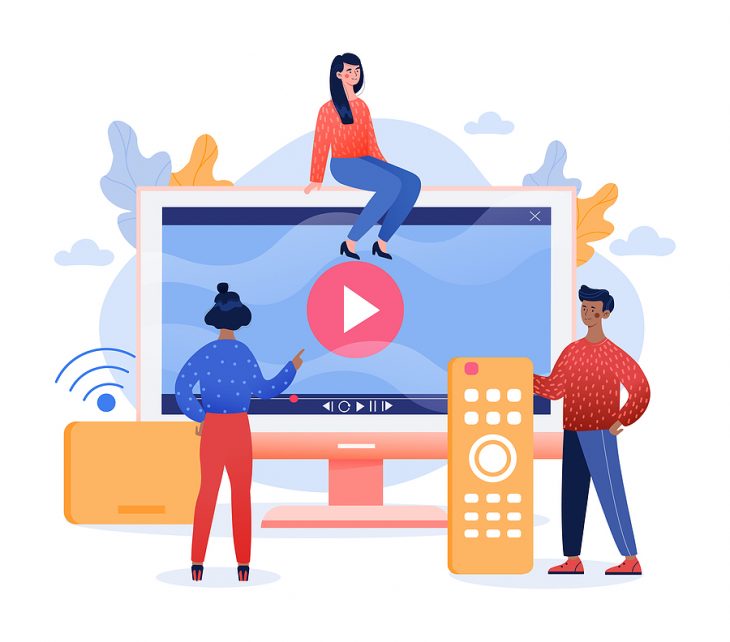 BILL C-11, THE ONLINE STREAMING ACT, like its predecessor Bill C-10, demonstrates a massive lack of understanding of the internet, online media, and the ways Canadians use both.

The government says it’s about fairness, that C-11 will merely require streaming ‘web giants’ like Netflix, Disney, Amazon, YouTube to “pay their fair share” and contribute to CanCon financing. So do its supporters — producers of subsidized CanCon for traditional radio and television, who stand to benefit. In fact, Bill C-11 tries to force-fit virtually all online media into the straight jacket of radio and TV regulation by ‘modernizing’ the Broadcasting Act.

It’s bad policy. But with support from the Bloc and NDP the government seems determined to see it pass. So I’m suggesting three sensible amendments intended to mitigate C-11’s worst potential outcomes.

Web giants have repeatedly been the government’s focus. Yet Bill C-10 (now C-11) had to be amended (in s. 2.3) specifically to exclude business information and client services, educational institutions, museums, and performing arts venues that use audio and audiovisual content online. That’s how vast the scope of this bill started.

C-11 still captures all other online audio and video worldwide, as long as Canadians access it. There is no consideration of scale, proportion, or market impact. The CRTC would have full discretion to pick and choose online media it thinks should be regulated.

That dead weight of ‘potential regulation’ could disincentivize Canadians from developing innovative online audio and audiovisual services, and it could cause innovative new foreign services to block access by Canadians. That’s bad policy.

Suggested amendment to C-11: Consistent with the government’s repeated mantra, amend Bill C-11 so that it applies only to online streaming services with a significant presence in the Canadian market — more than $150 million in Canadian revenues.

The government’s so-called ‘exclusion’ of user-generated content (UGC) on social media is overridden by exceptions. Even CRTC Chair Ian Scott says that UGC could be regulated. The convoluted wording in sections 2 and 4 of the bill boils down to this: if it earns any revenue, UGC uploaded by, or for, Canadians on social media can be regulated.

That puts at risk thousands of (mostly young) Canadians earning revenues on YouTube, Facebook, TikTok, and other social media, who have been winning global audiences and revenues outside the regulated, subsidized CanCon ‘system’. This is not about ‘cat videos’. This is about providers of online entertainment, comedy and information, fashion and style ‘influencers’, opinion leaders, and more. Up to 90% of their audiences and revenues are from outside Canada, according to both YouTube, and a (then) Ryerson University study called Watchtime Canada: How YouTube connects creators and consumers.

First, CanCon certification means regulation. Just as in radio and TV, ’discoverability’ obligations for social media would require that CanCon be defined and certified. It would also need to be digitally tagged for automated online recognition. How else could regulations be applied and enforced? Self-certification would be a gaping loop-hole, making regulation meaningless, and exposing social media to the bill’s very significant fines and penalties. That’s a liability they would not assume lightly.

So, for the first time ever, Canadian digital-first creators would have to submit their content for CanCon certification, to the CRTC, or some other body. That is indirect regulation. The minister claims digital-first creators won’t be regulated, but the system he’s proposing demands it. As for Chairman Scott’s assurances that UGC won’t be regulated, he cannot bind CRTC decision-making. Creators would face years of complex, costly CRTC proceedings to define and apply online CanCon certification.

For digital-first creators, CanCon certification would be a massive barrier to innovation and market access. Every day, over 720,000 hours of video are uploaded to YouTube alone. Certifying even a portion of the small share produced by Canadians for YouTube, Facebook, TikTok etc… would be a bureaucratic nightmare.

Second, prioritizing CanCon on social media in Canada risks deprioritizing it outside Canada. Trying to make online CanCon discoverable by pushing it at Canadians who may not want it is fraught with negative consequences. When recommended content is repeatedly ignored, stopped, or rated thumbs-down, algorithms interpret that feedback to mean people don’t want it, and deprioritize it worldwide. That would outweigh by far any small audience increase in Canada’s small market.

Third, there would be costs to alter social media operations to identify and prioritize CanCon only in Canada. Those costs would most likely be passed on to digital-first creators captured by CRTC regulation. It would be inappropriate to recoup those costs outside Canada, and users generally access social media for free.

Of course, digital-first creators could try to work-around the whole system and continue to rely on social media’s open access. But social media would still be required to promote, and make discoverable, whatever UGC the CRTC chooses to capture — subject to significant financial penalties. For their own protection, social media could require certification for all uploads from Canada, and/or for all content that they upload for Canadian creators. That would incentivize Canadian creators to upload from outside Canada — another work-around.

It’s ironic that, while Bill C-11 would penalize Canada’s market-driven digital-first creators, it would benefit those who create subsidized, certified and regulated CanCon for traditional radio and TV. They lobbied hard for this bill, and their certified CanCon is poised to take advantage of regulated online demand and discoverability. Yes, Canada’s Online Streaming Act would benefit primarily those with a vested interest in pre-internet media. Bad policy has perverse outcomes.

Digital-first creators have not asked for this market intervention. Nor were they initially consulted. They are starting to take note, and they don’t like what they see.

Canadians would pay, too. CRTC regulation would interfere with our online content preferences. To the extent that the risk of regulation drives online streamers to prevent access from Canadians, our freedom to access global online content would be diminished. That’s a core benefit of the internet. As consumers and/or taxpayers, we would ultimately help finance the high costs of CRTC regulation of online media.

Suggested amendment to C-11: Unequivocally exclude user-generated content, and restrict CRTC regulation of social media to imposing a reasonable financial contribution to support CanCon, and gathering information and data necessary for that purpose.

3. Recognize the benefits of competition and market forces.

The government’s rationale for Bill C-11 is the impact on Canadian broadcasting of increased competition from online media. Yet the bill makes no reference to the growing role, and benefits, of competition and increased choice.

Suggested amendment to C-11: Add the following after paragraph 5(2)(h) to ensure that CRTC regulation:

(i) recognizes that market forces, competition, and the increased choice of programming made available over the internet, contribute to achieving the broadcasting policy objectives in subsection 3 of this Act, and therefore ensures that regulation is demonstrably required, efficient and proportionate to its purpose.