IN RESPONSE TO THE December 7 article by TekSavvy’s Peter Nowak (Commentary: Why it’s so hard to grow an ISP in Canada), while I agree with Peter the current landscape is becoming less favourable for providers who resell incumbent access networks, the article almost reads as though the Canadian telecom industry is one giant pitched battle between incumbent facilities-based networks and plucky upstarts reselling their access networks.

It’s not, and I take offence to painting all facilities-based competition with the same brush as the incumbents.

I have spent my 30-plus year career in this business slowly clawing our way forward by building our own facilities as an independent provider. We made a choice to reject the reseller/incumbent dynamic in the 1990s when it was first proposed.

From our perspective, the incumbent was doing all of the heavy lifting and there wasn’t much of a way to create a unique value proposition. It was like removing the kitchen from all the independent restaurants and having them use an incumbent’s kitchen. The servers might be more pleasant, the menu might be formatted more attractively, and they might even sneak a few extra spices on the way from kitchen to table, but all of the dishes would end up tasting almost the same.

It felt like it made the independent ISP irrelevant, which I am sure was not an accident.

Other models, and other players, however, are possible. In fact, they exist, and we see the independent facilities-based competitor model as one that creates value and competitive resilience for our economy, and society – and is ignored at the industry’s peril.

As an independent telco we carry no water either for incumbents or for resellers, so none of this might be infuriating except that, from our perspective, the entirety of the regulator’s attention has for decades appeared focused on keeping the reseller model alive. The resellers know full well that if the regulator takes their foot off the gas, their business will just vaporize overnight. The indie facilities-based model has received comparatively little airtime.

That’s not due to a lack of challenges, whether from municipalities, the provinces, the hydro utilities, and others. One of our biggest challenges is that we have a set of unregulated, and unmotivated, parties in between us and our customers: property managers, landlords, developers, and riser managers.

“Too often, it feels like all we get are crickets and warmed-over, half-remembered regulatory schemes.”

These middle parties over which we have zero control and have no regulatory oversight are famous for trying to squeeze us, take back-end payments from incumbents to keep us out of buildings, and all manner of practice that genuinely harms the kind of competition the government keeps saying it cares about.

Don’t get me wrong. We have great relationships with many middle parties who want to do right by their tenants, but the incentives are all aligned the other way, to the detriment of consumers, businesses, and facilities investment alike. This is a bloodbath that the regulator needs to intervene on. Yet, too often, it feels like all we get are crickets and warmed-over, half-remembered regulatory schemes. 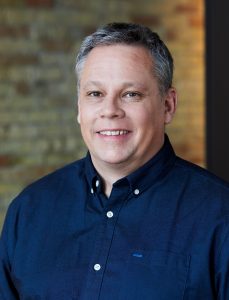 Huge investments are being made, right now, into NextGen fibre networks. All comers – including resellers – are being given hefty subsidies to be part of a game that is turning fast to those dusty civil-engineering corners where regulators have rarely dared tread. Everyone from the FCC to the Yale Report has been all over this. The CRTC has dipped its toe in, too – but there’s a long road ahead if we’re going to fix deployment problems en route to fibre-fed 5G and to a sustainable environment for facilities-based indies, too.

Writing us out of the narrative is not how we get there.

Dan Armstrong (right) is CEO and CTO of Beanfield Metroconnect. This expands well on his recent letter to the editor.