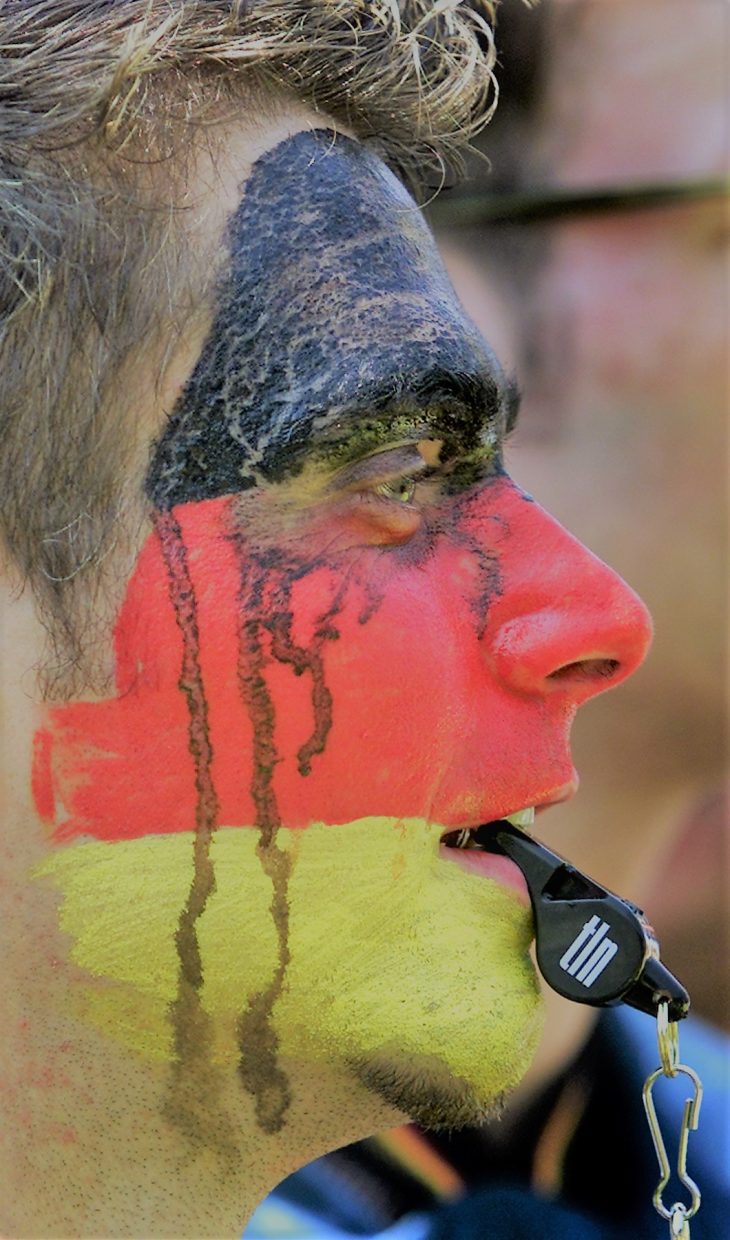 For multilingual Canadians, it’s disappointment from the starting whistle

FOR MILLIONS OF CANADIANS, Euro 2020 is already a disappointment, and it all has to do with what happens when the powers-that-be allow “squatting”. No, I am not talking about a new soccer tactic.

One year delayed, the 2020 UEFA European Championship kicked off on June 11, in Rome, Italy. The month-long tournament will see 36 matches played between 24 national teams in stadiums spread across 11 European cities. Like the Olympics, it’s a sporting competition with global significance, attracting a multinational, multilingual following. It will draw a projected total live event audience of 4.7 billion in 229 territories via 137 broadcast partners in every language imaginable.

And for the fans among us 36 million Canadians, we can enjoy watching our favorite team in the language of our choice… just so long as it is English or French!

Fans of the “lucky four” – Scotland, Wales, England, and France – will be happy to watch match commentary in their preferred languages from understandably biased British announcers on TSN, or their French counterparts on RDS.

But Croatian Canadians watching their team play England are inclined to turn down the volume on the British “homers” calling the match. And that will be repeated for every fan watching his team paired up with one of the lucky four. Many Spanish, Italian, Portuguese, Greek, Ukrainian, Turkish, Polish, Dutch and German fans, to name a few, will be gritting their teeth.

Living in one of the most multiculturally and multilingually diverse countries in the world is not something that is properly reflected by our Canadian broadcast system. “Serving the needs and interests of Canadians” is supposed to be the cornerstone of CRTC policies. But third-class treatment of multilingual ethnic Canadians continues to be the norm in Ottawa. Even when 20% of Canadians, over 7 million of us, identify a non-official language as that most often spoken at home.

Other jurisdictions around the world do not allow media companies to engage in “rights squatting” with respect to programs and events of national importance, because it deprives consumers.

“Of course, that is a market they themselves have shaped into a lopsided consolidated industry dominated by a handful of diversified giants.”

However, the CRTC permits Canada’s media giants to license multilingual rights to big events like Euro2020 – and then not make them available. And yet the CRTC does have a rule that prohibits TV channels like ours from “withholding” programs from carriers, meaning media giants can buy and withhold key ethnic rights from Canadians, but ethnic channels cannot withhold their programming from carriers.

How does that make sense?

Which brings us to Bill C-10, the tortured proposal to update Canada’s broadcasting laws for the first time in three decades. We also happen to now be in the third decade since the CRTC last looked at the issue of an ethnic broadcasting policy. That’s a long time to wait to resolve the systemic exclusion and marginalization of multilingual ethnic communities in our broadcasting system.

Of course, we have raised these issues, and others, many times but the CRTC and government policymakers have sidestepped the entrenched systemic biases against Canada’s multilingual ethnic communities. On the rare occasions when Ottawa’s bureaucrats address these omissions, they typically rationalize their inaction by referring to “market forces”. Of course, that is a market they themselves have shaped into a lopsided consolidated industry dominated by a handful of diversified giants.

But let us be clear, it is not the job of Canada’s media industry giants to address systemic inequities that are commercially unappealing. It is the job of Ottawa policymakers to do so and so far, they have not done a good job for multilingual ethnic Canadians.

For that reason, a group of like-minded organizations came together in early 2021 as the Canadian Ethnic Media Coalition (CEMC). CEMC has been proposing simple amendments to Bill C-10 that would finally include multilingual and ethnic diversity in the system’s priorities. Diversity in our broadcast system should include 1. A diverse workforce, 2. Diverse leadership, 3. Linguistic diversity and; 4. Diverse ownership and control. All four elements are necessary to achieve true diversity and break down systemic barriers. Our broadcast system and Canadian society will be better for it. The coalition also includes Ethnic Channels Group, the Canadian Ethnic Media Association, and the Canadian Ethnocultural Council.

And for Canadian sports fans out there who love hearing their “immigrant languages” when watching TV, we are proud to say that our Univision Canada TV channel is now broadcasting the Copa America, South America’s equivalent top soccer tournament. In the world’s most exciting soccer language, Español! And we will also be bringing next month’s Olympic games to our TV audiences in Spanish and Italian, including the soccer matches!

Our multilingual broadcasts of the Olympics are thanks to the foresight and progressive thinking of our national broadcaster CBC, with whom we have collaborated many times over the past 20 years to bring multilingual Canadians the programming they crave, in the languages they speak.