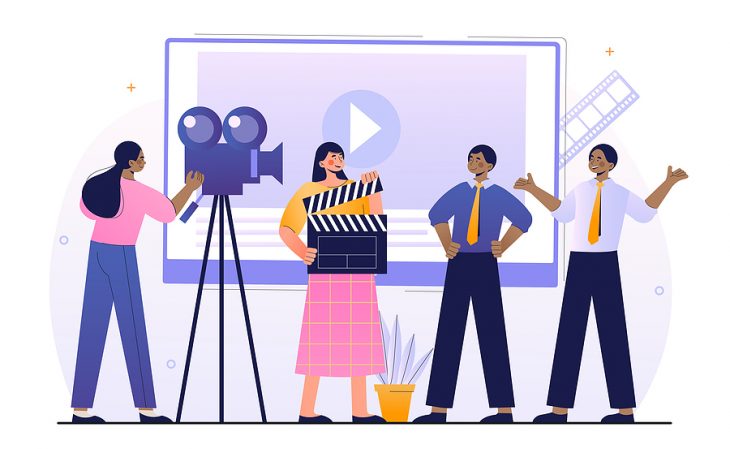 ON WEDNESDAY, JUNE 15, the gathering of independent Canadian producers at the Banff World Media Festival woke up to an unpleasant surprise.

In a late-night session of the Canadian Heritage Committee (which Cartt.ca said could only be described as “chaotic”) as many as 150 amendments were considered to Bill C-11 and a 30-year-old provision in the principal policy section of the Broadcasting Act went from this:

(v) include a significant contribution from the Canadian independent production sector

(v) include the greatest possible contribution from the Canadian production sector, whether it is independent or affiliated with or owned by a broadcasting undertaking

The economic impact of this shift on the Canadian independent production industry could potentially be devastating.

Since the passage of the 1991 Broadcasting Act the “significant contribution” policy driver has led to the imposition on Canadian broadcasters of dozens of conditions of licence that require minimum percentages of time and spend on independent production. These requirements have created the demand side of the equation.

On the supply side, Canada’s numerous funding agencies have uniformly favoured independent production over affiliated or in house production. And an industry that has supported thousands of creators in centres across the country has steadily grown and fed unique Canadian stories to Canada and to the world.

The new language in the bill would equalize the value of independent production with that of broadcaster affiliated production and thereby undercut the regulatory rationale for these conditions of licence. Were those conditions to be revoked, the funding agencies would no doubt ultimately follow the policy path so created and production decision-making would doubtlessly become more centralized and in fewer hands.

The reaction to the amendment has to my mind been surprisingly muted. To me it’s a five-alarm fire.

The strangest part is that in all the months the new legislation has been under debate this issue never seems to have come up. And in the Heritage Committee scramble late on that Tuesday evening while everyone was in Banff, it consumed no more than a few minutes of discussion.

Before describing the debate, let’s look at the committee itself. It appears to have 12 formal members, six Liberals (Hedy Fry, the chair, plus Chris Bittle, Michael Coteau, Lisa Hepfner, Anthony Housefather and Tim Louis), four Conservatives (vice-chair John Nater, plus Rachael Thomas, Tim Uppal and Kevin Waugh), one BQ (vice-chair Martin Champoux), and one NDP (Peter Julian). The transcript indicates that 11 votes are cast on each motion, so the chair does not vote.

The motion (BQ 8) is moved by Bloq MP Champoux with a statement that very much feels like a well-prepared talking point. The actual speech is exactly 194 words long. You read that right: words, not paragraphs.

Here is his argument:

When the Broadcasting Act was passed in 1991, independent producers were a developing industry … At that time, the intention was to encourage self-employed people in the production industry by means of a provision in the Act that encouraged the greatest possible use of their services.

Today, it is somewhat the opposite. Independent producers and self-employed cultural workers, particularly in the production field, are an important part of the industry and are often the reference and the first resource that broadcasting undertakings call upon for production.

In this context, it is entirely appropriate to amend the wording of the Broadcasting Act, 1991 …

The rebuttal from Bittle is similarly effusive: 100 words. Again, we are talking words here. And for the life of me I have no idea what point he was trying to make. But it ends by saying that “we”, and here I assume he means the Liberals, “have to oppose this amendment”.

The chair calls the vote and it’s six to five in favour of the amendment. The roll call reveals that the Bloq MP, the four Conservatives and the NDP voted in favour, and the five Liberals voted against, with the chair not voting.

The entire process would have taken less than five minutes.

So, the government has a 30-year-old substantive and not previously debated section of its legislation voted down by six MPs, principally because its Supply and Confidence partner, the NDP, votes against. Had the NDP Julian voted the other way, the motion would have been defeated.

Ironically, as Bill C-11 strongly reinforces a need for programs created and produced by black and other racialized communities, and by Indigenous peoples, and as these groups are themselves members of the independent production community, the NDP support for a measure which could have exactly the opposite effect would seem to be a very un-NDP like thing to do.

Forgive me for being obtuse, but surely such a seismic shift in the structure of the system should be the subject of open and candid debate, along with some underlying research to support whether such a change is appropriate. Instead, there seems to be an unsettling element of stealth about both the measure and the whole process.

Another curiosity is that Thomas Owen Ripley, associate assistant deputy minister, cultural affairs, of the Department of Canadian Heritage, was present for the discussion and vote. He spoke to other issues, providing background and clarifying information, but not this one.

It is well understood that the government very much wanted Bill C-11 to move through the House and on to the Senate before the summer recess. But at what cost? Should the fate of a key policy driver that has served well for decades be decided so peremptorily by just six MPs?

I am no expert on Parliamentary procedure, but I sincerely hope that the Senate provides a second look at this particular provision, and many of the others that were jammed through on that last frantic evening at the Heritage Committee.