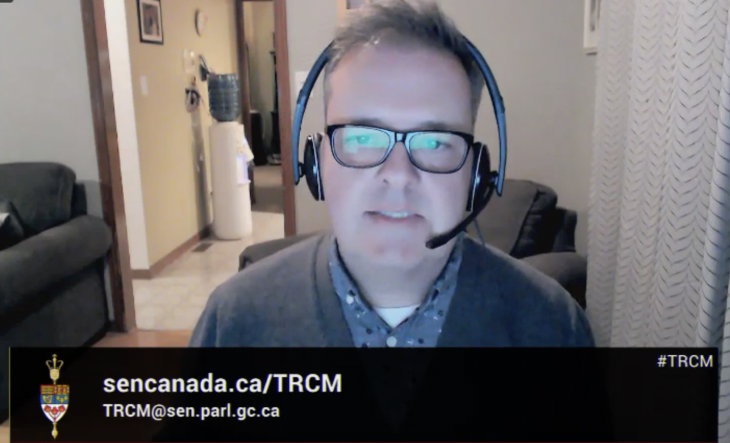 I KEEP THINKING I have written my last post on the Bill C-11 debate over regulation of user generated content and discoverability, but I am always wrong.

The issue continues to consume almost all the Parliamentary oxygen available. The Conservatives have made it a big part of their branding and fundraising. Now there is speculation that the Poilievre leadership is thinking about a third filibuster, this time in the Senate which had previously agreed to return the bill to the House by Nov. 18.

C-11 has given us our own Canadian culture wars, divisive on the basis of ideology, fear-mongering, and opportunistic party politics.

If all concerned were administered a dose of truth serum, here is what we might discover.

First, the Liberals don’t need the controversial sections 4.1 and 4.2 of the bill that set out how the CRTC would regulate uploaded video and music “programs.”

No question, the legal text is a demanding read: but it does no more than give general instructions to the CRTC to scale the dollar amount on the cheques YouTube and TikTok will make out to the Canadian video and music industries to the amount of revenue the platforms earn from commercial broadcasters using those platforms to reach Canadian audiences. It also helps to identify which Canadian “programs” might be made more “discoverable” by the platforms.

Those limited purposes should be clear from a close reading of the text (which gives the Commission considerable room for interpretation) and also from the minister’s repeated explanations to the Heritage Committee on June 6.

In fact the Liberals could have accomplished the same goal, with fewer headaches, by omitting article 4 entirely and leaving it to the CRTC’s general powers over broadcasting, the same powers the Commission uses to levy similar financial commitments from conventional cable and broadcasting companies. Instead of tiptoeing past this political abyss, the Liberals transparently issued the CRTC specific instructions in the bill. No good deed goes unpunished, they say.

Second, the video and music creators who have almost unanimously panned sections 4.1 and 4.2 would have to acknowledge that the content of their videos and music will not be regulated by the Commission: sections 2.1, 3(1)(g), 4.2(1) and 9.1(6) make that crystal clear.

They would also have to admit that their fears of the Commission messing up recommendation algorithms under section 9.1(8) could only materialize if future CRTC commissioners get reckless and adopt the opposite of current chair Ian Scott’s minimalist philosophy of discoverability.

The added value the digital first creator lobby has brought to the table consists of two things.

On the video side, its compelling message is that they trust YouTube’s algorithms, they want to keep the platform as an end-run past the gatekeeping of dominant media companies, and quite simply they don’t want Ottawa messing up a good gig. Yesterday YouTuber Stewart Reynolds (“Brittlestar”; above) told senators the only help Canadian YouTubers need from Ottawa is a getting hosting platforms to share revenue with them (now there’s an amendment that should be put on the table!).

This kind of “supply-side” regulation of industry subsidies for video creators — while leaving “demand side” promotion strategies entirely in the hands of the platforms — is the same thing Andrew Cash requested on Sept. 21 on behalf of the English Canadian independent music companies. Cash told the senate committee that radio airtime quotas for Canadian music no longer drive music sales and he believes they won’t work online either.

That’s the point the French language music industry does not accept. Its spokespersons are expressing an existential desperation to replicate the consumption outcomes of French language radio in the online environment. They are unapologetic about seeking discoverability regulations as the way to do that.

If the Commission took the C-11 truth serum they would have to admit they don’t really need to fiddle with algorithms to enforce consumption quotas, no matter how draconian or trivial those targets might be. They could simply set out a number of streams and then, if not met, fine the platform. Next to fines, algorithm tweaks might look benevolent by comparison and there’s plenty of room in the act to tailor discoverability to different language markets.

You can see why there is no “cut the Gordian knot” solution for C-11 on these issues: simply removing sections 4.1, 4.2 and 9.1(8) doesn’t stop the Commission from regulating broadcasting over the Internet.

As Canada’s leading broadcasting expert Robert Armstrong reminded the senate committee yesterday, the CRTC has had that authority over Internet broadcasting since the act was made technology-neutral in 1991 by the Mulroney government: in 1999 the CRTC declined to exercise that power until an elected government (with the support of two opposition parties) decided 2021 to revive it.

As Armstrong pointed out, the Commission’s common sense will prevail. He reminded senators of section 9(4) in the existing act where Parliament instructs the Commission as follows:

(4) The Commission shall, by order, on such terms and conditions as it deems appropriate, exempt persons who carry on broadcasting undertakings of any class specified in the order from any or all of the requirements of this Part or of a regulation made under this Part where the Commission is satisfied that compliance with those requirements will not contribute in a material manner to the implementation of the broadcasting policy set out in subsection 3(1).

In other words, the Commission routinely acknowledges when the regulatory squeeze isn’t worth the juice by granting exemptions to small creators and media distributors. As commentators (including myself) have predicted, the Commission will do just that for YouTubers.

But in exempting YouTubers and finding a sensible solution on music distribution, the Commission will also keep in mind that big media companies — Hollywood studios, Canadian broadcasters, and global music labels — will increasingly rely on YouTube and other hosting platforms to reach Canadian audiences. The media technologies and ecosystems of 2022 may look quite different in 2032, so C-11 must be built to last.

After all, I don’t think any of us want to do this again soon.