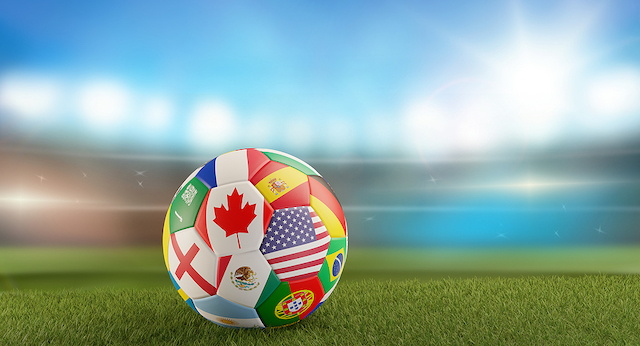 THIRTY-SIX YEARS AGO last week, the Calgary Flames scored one of their most famous triumphs – a 3-2 Game 7 playoff victory over the defending Stanley Cup champion Edmonton Oilers.

Back then I was sports editor of the Calgary Sun and that playoff run to the finals (Calgary lost to Montreal in 5) dominated my days. But by night I was secretly just as excited that by June I’d be in Mexico covering Canada’s debut at World Cup ’86.

In Canada, being a proper football fan has been a pretty lonely, often mocked, existence. Sports departments considered soccer merely “an immigrant’s game” about which “no one cared” and that “would never catch on.” Depressing stuff for those in love with the game.

In recent years, although there are now four registered Canadian soccer players for every hockey player, it seemed little had changed. Just last year, in-house footy experts such as Craig Forrest and Kristian Jack were shown the door at TSN and – outside of the Olympics or World Cup finals – you couldn’t pay Bell Media or Rogers/Sportsnet to broadcast a Canadian national team game. Well, you could, but that was the only way they’d do it.

Other people saw opportunity. Others paid attention to the fact that Canada, along with the USA and Mexico, would host the World Cup in 2026. They looked into the future and saw that, within 10 years, the beautiful game could become Canada’s second – at worst, third – most popular sport and were willing to invest in domestic and international games. Thanks to a long term partnership with online streamer OneSoccer, the Canadian Premier League launched in 2019.

Turns out they were on to something. Pandemic disruptions opened a door for Canada’s men to qualify for the 2022 World Cup and, lo and behold, they charged right through it. They muscled their way past Caribbean minnows last spring before squeezing into the final group with the big fish. A strong showing in July’s Gold Cup hinted that forces that cannot be explained may be at play and then the women’s team, twice broken-hearted bronze medalists, won Olympic gold in Tokyo. CBC recorded an audience of 4.4 million people for the final. Eyebrows were raised.

So it came as no surprise that, when the men’s team resumed its spellbinding run in September, Sportsnet made a deal with OneSoccer. Suddenly there was full coverage – both online and via BDU. Eyeballs multiplied with every victory. Home games sold out in minutes. By March a combined audience of almost two million (average CFL audiences last year were a shade under 500,000) watched as Canada became the nation’s feel good story of the year by clinching first place and qualifying ahead of the USA, Mexico and five other countries.

And then it just stopped. World Cup rights holder Bell Media confirmed TSN would send a team to cover Canada at the finals in Qatar, but otherwise it’s as if the past 10 euphoric months never happened.

Over the protests of icons such as Stephanie Labbe and Christine Sinclair, the women’s gold medal “celebration tour” was shrugged off. She might be the GOAT, but with the exception of Telus there was no cable TV audience for Sinclair and her teammates. Canada’s licensed broadcasting system appeared content to return the Canadian game and its women to oblivion. That means ignoring the national women’s senior and U-17 teams in World Cup and Olympic qualification tournaments, the Canadian Premier League, the men’s Nation’s League and World Cup tuneups featuring global stars such as Alphonso Davies and Jonathan David – players with transfer market values estimated at $108 million and $67.5 million Cdn respectively.

Nothing quite says Canadian broadcasting as the fact that I can watch Canadian Premier League soccer on Fox Sports in the USA and in Mexico or the UK but I can’t watch it on Shaw cable in Medicine Hat. I can watch English Women’s Super League games before crowds of 3,000 in Birmingham on Sportsnet but I can’t watch Canadian women play at home in front of crowds of 20,000 in Vancouver. Or, that Canadian BDU subscribers could watch the German Bundesliga, Spain’s La Liga or the Columbus Crew versus D.C. United last weekend but couldn’t watch the Halifax Wanderers home opener against FC Edmonton.

It’s a beautiful game. The Canadians who play it are respected globally but still not, it appears, within their own country.

It’s time that Canada learned to love itself.

Peter Menzies is a Senior Fellow with the Macdonald-Laurier Institute who spent almost 10 years as a CRTC Commissioner. He writes on communication matters and advises tech companies, including Top Notch Studios/OneSoccer. His views are always his own.