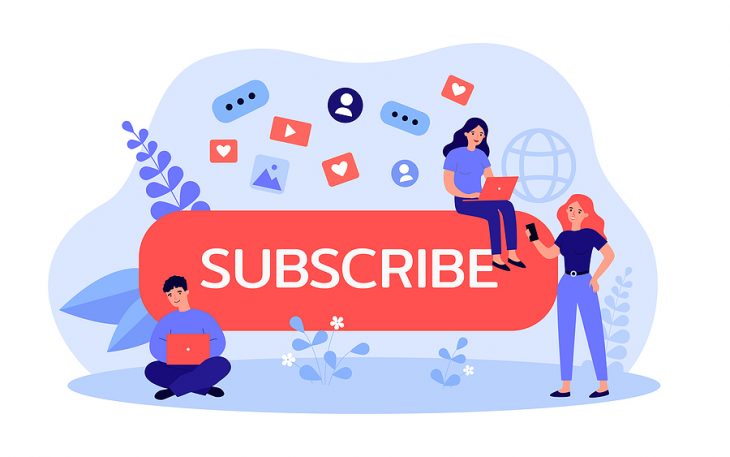 ON MAY 27, Cartt.ca published Howard Law’s “wish list” for a policy direction to the CRTC on regulating user generated content (UGC) under Bill C-11. The article demonstrates a profound misunderstanding of online social media. As well, it contains an unintended insult to Canadian content (CanCon) that highlights why broadcasting regulation is the wrong way to support CanCon online. My reply starts with the latter.

Law writes that the bill’s critics are now “grudgingly” conceding that large American streamers like Netflix should be covered by the bill “so they can begin carrying their fair share of the burden of creating and distributing Canadian content” (emphasis added).

In fact, many Bill C-11 critics, myself included, have not opposed a policy to engage global streamers, and even social media, in financing and distributing some CanCon. Rather, opposition has focused on the use of outdated, intrusive, broadcasting regulation to achieve that goal. But subtleties get lost in a polarized debate.

Law’s reference to CanCon as a ‘burden’ is the unintended insult. It was likely by reflex, because it reflects over 50 years of broadcasting regulation. Broadcasters have long considered CanCon a burden, and regulation has correspondingly treated it as such.

Broadcasters’ mid-20th Century technology makes them gatekeepers. They control the content offered on a fixed number of scheduled channels and, therefore, what Canadians may watch. It’s no surprise that profit-driven private sector broadcasters still prefer to acquire popular, revenue-generating U.S. entertainment content rather than invest in risky original CanCon. So regulation makes them dedicate a portion of gross revenues, airtime or libraries, to finance, promote and prioritize CanCon. Hence the notion of ‘CanCon as burden’ and, especially in English-speaking Canada, a long history of Canadians rolling their eyes at ‘mandated CanCon’.

The notion is reflected in CanCon policy too. For instance, no matter how objectively ‘Canadian’ a video production may be, it cannot be certified as CanCon unless it is produced: a) by or for regulated media; and/or b) with subsidy from the CanCon tax credit and/or Canada Media Fund financing. In short: there is no such thing as unregulated, unsubsidized, privately-financed, CanCon. That automatically excludes most Canadian digital-first online content. Digest that for a moment.

Characterizing CanCon as a burden ought to be an insult to Canadian creators. In the context of today’s internet, it’s not only insulting, but demonstrably out of touch.

Canada’s digital-first creators are heroes of successful, market-based (not ‘certified’) CanCon: Entrepreneurial, unregulated, unsubsidized, they attract global audiences in the hundreds of thousands, even millions, and earn global revenues (90% or more outside Canada) on open-access online media, based solely on audience take-up and response. Imagine that!

Canada’s traditional independent producers, too, are seeing record audiovisual production volumes in response to global streamers’ market-based demand. Their lobbying body, the Canadian Media Producers Association (CMPA), decries that most of that is not certified CanCon.

Yet it is well-known within the industry that, but for foreign financing, a considerable portion of content produced here for global streamers would qualify for CanCon certification. So Canadian creators, writers, artists, talent and crews are benefiting. Entrepreneurial independent Canadian producers are thriving too, using revenues from foreign service productions to help finance content that they own.

Still, those with a vested interest in pre-internet media regulation are the driving force behind C-11. They would be primary beneficiaries of regulated online demand.

The government has drunk the Kool-Aid. Purportedly intended to ‘update’ the Broadcasting Act for the 21st Century, Bill C-11 favours the burden of regulated demand over the success of market-based demand. It is appallingly out of touch.

It’s ironic that Law’s wish list for regulating UGC begins with an assurance from government that programming uploaded by digital-first creators would not be regulated, and that “C-11 makes it clear that UGC programming will only have a regulatory impact if it is sufficiently commercial in nature.”

To clarify: the government’s statement is not reflected in Bill C-11, and is therefore no assurance at all. Even Chair Ian Scott has acknowledged that C-11 allows the CRTC to regulate UGC. The government’s so-called ‘exclusion’ of UGC on social media is overridden by exceptions that boil down to this: if it earns any revenue at all, UGC uploaded by, or for, Canadians on social media can be regulated. That captures far more than what might reasonably be called “sufficiently commercial”. It allows the CRTC wide discretion to decide what UGC gets regulated.

Law then proceeds to break down UGC on YouTube into categories. Those he considers most “highly analogous to regulated broadcasting”, and therefore should be regulated include:

Broadcasters upload their content on YouTube to promote and expand their reach beyond already-existing distribution channels (whether over-the air, on dedicated cable-TV, satellite or IP broadcasting distribution capacity, or their own websites). For them, YouTube is a marketing opportunity. Under what compelling logic should YouTube be required to dedicate resources to further promote those broadcasters only in Canada? It is pretzel logic grounded in outdated concepts of regulatory entitlement and ‘priority carriage’ on limited capacity distribution systems.

Those ‘branded multi-channel content aggregators’ may look like broadcasters, but the reality is that YouTube’s open access platform enabled Canadian creator/entrepreneurs to build new content businesses that would not have been possible in the closed, tightly controlled, CRTC-regulated Canadian broadcasting system. And many are thriving. Those Canadian services are taking advantage of YouTube’s platform to reach global audiences. For most, Canada is a small, small, part of audience and revenue streams. How can CRTC regulation help? Stay away, please!

The same arguments apply to Canadian music uploaded on YouTube.

Open access to distribution, increased competition and more consumer choice are all reasons to reduce regulation — not a rationale to expand into the on-demand, online, ecosystem regulation that was developed to fix problems peculiar to closed-access, limited capacity and limited choice media.

Law concedes that it gets complicated when “we consider the YouTube ecosystem of digital-first-creators”. Yet, having admitted that he does not understand that ecosystem, he downplays a significant concern of those who do: That trying to promote CanCon on social media by pushing it at Canadians who may not want it could backfire. Says he: “I remain to be convinced this is a real danger, but it’s not something we want to make a mistake on.” You bet!

Those who operate the algorithms that recommend content to end-users, and those whose content is recommended in this way, have argued repeatedly that this is a real problem. They know how algorithms work by design and in practice.

Algorithms are highly complex, multi-variable artificial intelligence systems that take into account both users’ stated preferences and actual viewing habits. They also cross-reference viewing and content feedback among users worldwide with similar interests. So recommendations reflect not only a user’s individual data, but also global data from users with similar content preference profiles. When content is repeatedly ignored, stopped or rated thumbs down, that feedback informs the algorithm that the content is not well-liked, so the content is organically de-prioritized worldwide — even for users otherwise most likely to select it. Yes, Law, the danger is real.

As I said upfront, I don’t oppose a policy to engage global streamers, and even social media, in financing and distributing some CanCon. I oppose the use of broadcasting regulation because the goal could be achieved more efficiently, effectively, economically and without the unintended consequences and burden of CRTC regulation.

But if Bill C-11 is to be the chosen method, in the name of preventing unintended negative impacts, both foreseeable and unforeseen, on Canada’s thriving digital-first creators, the bill must be amended to unequivocally exclude user-generated content, and restrict CRTC regulation of social media to imposing a reasonable financial contribution to support CanCon, and gathering information and data necessary for that purpose.