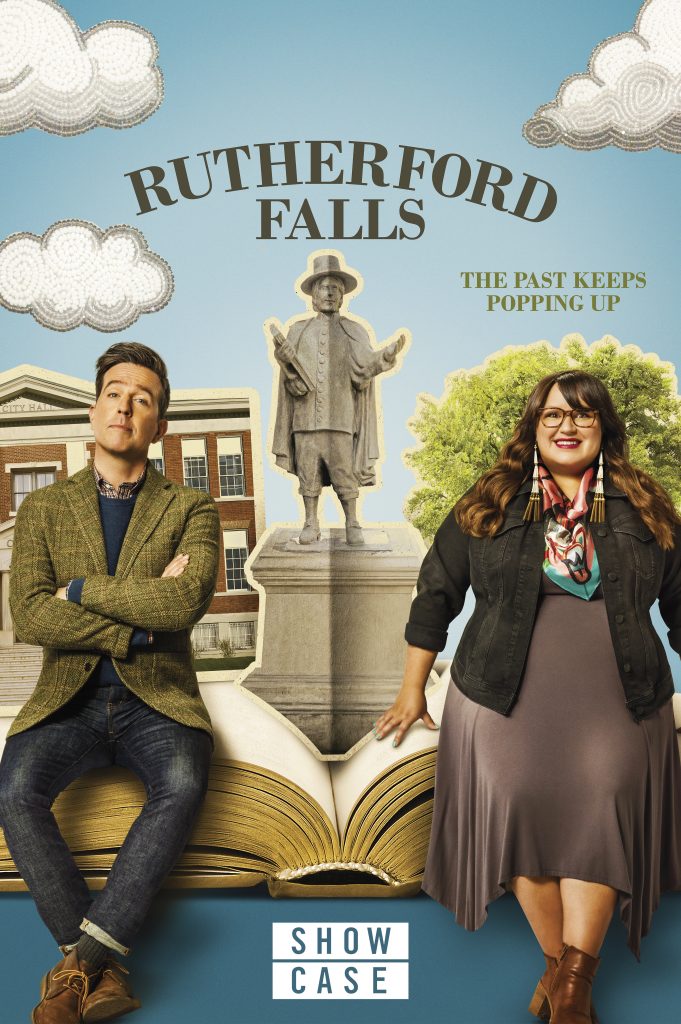 TORONTO – New comedy series Rutherford Falls is slated to premiere on Showcase with back-to-back episodes on Thursday, April 29 at 8 and 8:30 p.m. – together with a special presentation of episode one on Global at 8 p.m.

The series is the latest Peacock Original to come to Corus Entertainment’s channels and platforms thanks to a multi-faceted programming deal between the two companies.

Rutherford Falls is about two lifelong best friends, Nathan Rutherford (Ed Helms) and Reagan Wells (Jana Schmieding), who find themselves at a crossroads – quite literally – when their sleepy town gets an unexpected wakeup call. The series also stars Jesse Leigh (Heathers), and Canadians Michael Greyeyes (I Know This Much Is True) and Dustin Milligan (Schitt’s Creek).

The series “represents a breakthrough moment in Indigenous representation in comedy television, both in front of and behind the camera, with Schmieding (Cheyenne River Lakota Sioux) and Greyeyes (Nêhiyaw from Muskeg Lake Cree Nation) starring in the series, along with five Indigenous writers staffed, making it one of the largest Indigenous writer’s rooms on television,” reads the release.