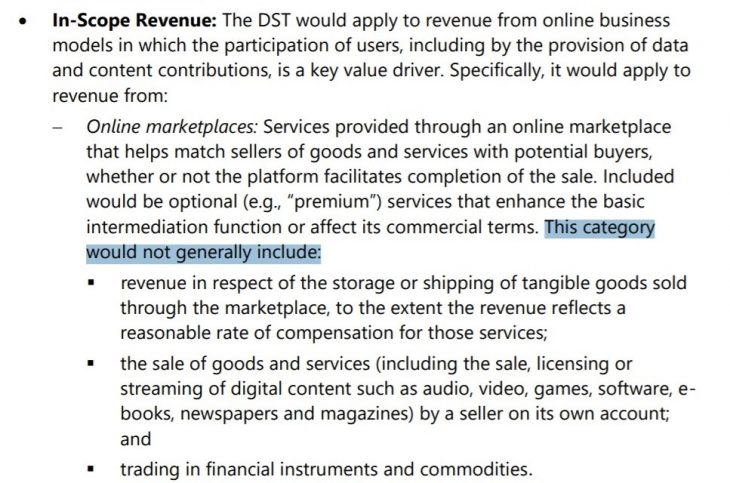 OTTAWA – Monday’s federal budget, the first in two years, but the first ever delivered by a female Finance Minister in Chrystia Freeland, promises to deliver more money for rural broadband, but will find the government collecting less tax from foreign digital services as compared to their domestic counterparts.

“The pressure to provide service in unserved areas and how necessary that is for Canadians” has been amplified during the Covid-19 pandemic, Thomson said in an interview.

The budget states that the extra funding will put the government “on track” to achieve its 98% high-speed coverage initiative by 2026. Full nationwide broadband connectivity of 50 Mbps download and 10 Mbps upload speeds under the UBF is targeted for 2030.

There have been calls to expedite the rollout given the urgency of keeping people connected during various stages of lockdowns and stay-at-home orders across the country. “But there’s only so much work one can do from year to year because you need access to equipment and crews, so in realistic terms, it needs to be spread over a period of time,” Thomson said.

However, he hopes that Innovation, Science and Economic Development Canada, which oversees the UBF, will allocate the new monies toward the smaller digital providers based in rural and remote communities that know the on-the-ground needs for high-speed internet. UBF projects will be selected using a three-stage assessment process, which includes “comparing projects in the same geographic area against each other, focusing on relative technical and financial merits, as well as community benefits, such as commitment to local employment,” says ISED.

Thomson added the CRTC’s decision that Bell Canada violated the Telecommunications Act by blocking Videotron’s access to Bell’s support structures, released last Friday, “is a good summary of the problems that smaller providers face in trying to roll out broadband because of the difficulty in getting access to an incumbent’s telephone poles.”

On the broadcasting side, the budget set aside $21 million in immediate operational support for CBC/Radio Canada, but that amount is “the equivalent to about one weeks’ worth of federal funding and is definitely not transformative,” said Daniel Bernhard, executive director of Friends of Canadian Broadcasting.

“It does not honour the government’s 2019 election promise to reinforce CBC’s local services, so that was a missed opportunity, especially given how those services quite literally imploded at the beginning of the pandemic when Toronto headquarters couldn’t deal with all of the traffic” associated with provincial and municipal government and health officials holding Covid-related news conferences and some local shows went off the air for a time.

Bernhard welcomed the announcement that foreign digital-service providers, whether they be Netflix and Google or Dropbox and Acorn, will be required to collect and remit GST and HST as of July 1. “It’s a no-brainer,” said Bernhard. “It’s been discussed in Parliament since at least 2014.”

What is inexplicable though, he added, is the government’s proposed digital services tax (DST) of 3% on revenue from large businesses with gross global annual revenue of  at least 750 million euros (the threshold for country-by-country reporting under an OECD standard, says the budget document) and $20 million annual revenue earned in Canada and which “rely on data and content contributions from Canadian users” that would come into effect on January 1, according to the budget document. (Correction: An earlier version of this story said the 3% tax would apply only to companies earning 750 million Euros in Canada. We regret the error.)

“We’re talking about billions of dollars a year in revenues in Canada siphoned out of the country tax-free.” – Daniel Bernhard, Friends of Canadian Broadcasting

It’s been reported that streaming services, such as Netflix, Amazon Prime, and Spotify, would be subject to that tax. But on page 733 of the budget document, it clearly states that the “streaming of digital content”, whether video, audio, video games, newspapers, magazines, books or software, is exempt from the DST.

“It further entrenches in Canadian law and policy that there will be taxes and rules and standards for Canadian companies, and free-for-alls and exemptions and giveaways for their American competitors,” Bernhard said, adding that Canadian revenues from foreign digital- service providers, such as Netflix, should be paying the same 26% corporate tax rate as their Canadian competitors.

“We’re talking about billions of dollars a year in revenues in Canada siphoned out of the country tax-free.”

Update: The CBC said it’s pleased with the extra resources announced in the budget. “We are grateful for this additional support,” the broadcaster said in a statement. “This past year has been challenging for everyone. We have also seen how important our services remain to Canadians. By addressing the continued effects of inflation and declining revenue, this funding provides some stability for our programs and services so that we can continue to focus on serving Canadians.”

Canadian film, TV and digital productions, led by “people from equity-deserving groups,” will receive a boost from $60 million in funding over three years to the Canada Media Fund (CMF), which distributed double that amount in emergency Covid assistance grants during the pandemic.

CMF president and CEO Valerie Creighton told Cartt.ca her organization is in discussions with government officials as to how the new monies will be directed since the budget also earmarked $40.1 million over three years to Canadian Heritage to support the Indigenous Screen Office (ISO) and “ensure Indigenous peoples can tell their own stories and see themselves reflected on-screen.”

Given the contribution to the ISO, the CMF’s new money might be directed just to the Black and visible-minority creative community, she said.

Yet BDU (broadcasting distribution undertakings) revenues, 5% of which comprise the CMF’s main source of income, continue to decline – and Creighton believes it is time to consider including revenues from foreign streaming services under the BDU umbrella.

“Whether they’re foreign entities or Canadian entities and using the resources of the country, there should be a level playing field,” she said. It’s worth noting some sort of contribution regime such as this may well come from new regulations informed by Bill C-10, which aims to amend the Broadcasting Act and is currently at committee.

“We’re living in a very different environment in 2021 – pandemic aside – than we were 30 years ago when the financing structure was set up and built an industry. But it’s not working so great anymore, so there has to be change in how we finance content.”