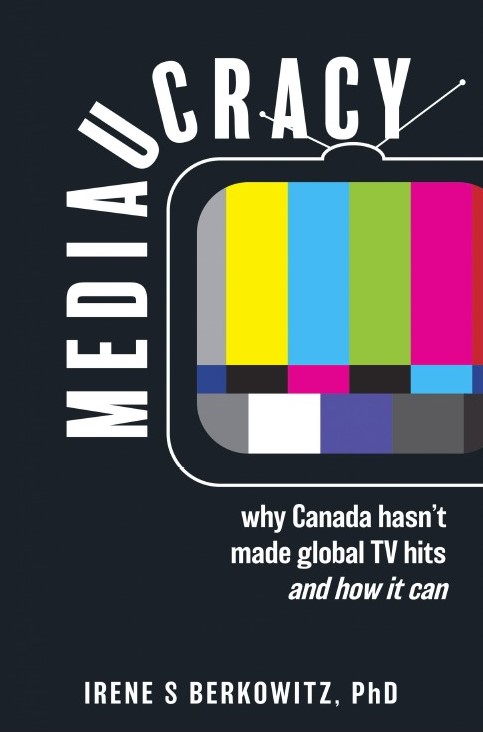 IN HER FORTHCOMING BOOK, Mediaucracy: Why Canada hasn’t made global hits and how it can, Irene Berkowitz shows how policies intended to support premium Canadian content are colliding with the global online era and that collision is preventing Canada from generating Cancon hits for the global market at a level this country’s world-class production industry is capable of as, ironically, this country turns out global hits for foreign broadcasters and streamers.

The book makes a strong case that this outcome is largely due to a missing link in the Cancon value chain: Domestic investors willing to take on the role that “studios” (real or virtual) play in Hollywood. Obviously the gold standard in premium TV creation, Hollywood studios are the business entities that take on the risks and rewards of financing scripted content as well as managing the development, casting, production, and post-production needed to optimize their asset for maximum monetization on the global stage. Today, Cancon regulation and public financing, while valid in their historical context, are disincentivizing the emergence of such investors.

Following recent conversations, Berkowitz (right) invited me to write a preview of her book. This article is based on extracts from the book and 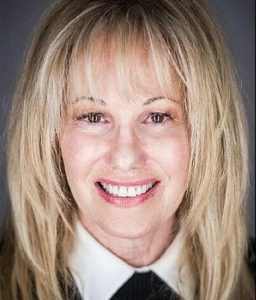 observations from our conversations. As we explored this issue, we came to a pivotal conclusion: The conflict over intellectual property (IP) rights ownership that has, for decades, dogged Cancon policy, and relations between Canadian producers and broadcasters, is at the heart of this policy fail.

Yet, in the global online era, the issue is a red herring. Revenues come from monetizing content. Ownership is a means to that end: Worthless if it impedes global monetization. Still, IP rights continue to drive producers and broadcasters apart, even as global success demands that they work together.

How has this happened?

Support for Canadian scripted premium TV is grounded in two main policy levers: CRTC regulation of broadcasters; and various public funding measures and subsidies directed primarily at independent Canadian producers. These measures were intended to be mutually reinforcing, but there has always been an underlying tension. IP rights are the crucible in which this tension between broadcasters and independent producers plays out.

“Historically, Cancon funding policies required that independent producers own IP with a view to developing a nascent production industry. That goal has been spectacularly achieved.”

Historically, Cancon funding policies required that independent producers own IP with a view to developing a nascent production industry. That goal has been spectacularly achieved. Not only does Canada now boast a world-class, in-demand TV workforce and infrastructure, a slew of Canadian production companies — such as Boat Rocker, eOne, Halfire, Nomadic, Thunderbird, and more — have been producing for and/or selling premium TV to the global market. However, public policy doesn’t incentivize them to take on the role of studios. Some producers focus almost entirely on making a business of so-called “service “ productions. Meanwhile producers who haven’t reached scale have unrealistic expectations of how the industry works.

One CEO interviewed for the book weighed in on how Canada’s perspective on IP goes against best practices: “Small Canadian producers are trained to think they have to hold onto all their rights. Really? The biggest producers in the U.S. would never think: ‘I’m not going to work with the studio. I’m just going to market on my own. I’m going to do everything.’”

The corollary problem is that Cancon public financing, and CRTC regulation, combine to disincentivize broadcasters from being investors in premium TV content. Instead, since they can’t participate in monetizing premium Cancon, they spend in order to meet regulatory obligations. Then they spend on Hollywood hits that, thanks to CRTC simultaneous substitution policy, they can monetize and profit from in Canada.

As a further irony, they have developed an original content niche. Canadian broadcasters have become significant investors in lifestyle content that they can and do globally monetize. For example, in April 2021, Corus announced a sale of their largest ever cache of original content when they sold 200 episodes of lifestyle programming to Hulu.

That takes us back to Mediaucracy.

Canadian producers’ and broadcasters’ separate successes demonstrate one of Berkowitz’ key arguments. While Canada’s 20th century policy framework has had some success, its underlying premise — a too-small domestic market — has been taken away by the transformation to a global media market. In that global market, many countries around the world, some with populations a fraction of Canada’s, are generating global premium TV hits.

Economy of scale is not the issue. Even in the U.S., which is only 4% of the world’s population (Canada is 1/10th the U.S. or 0.4%), global monetization has always been necessary to put a premium series into profit – well before streamers came along.

The book includes a TV policy history (including four federal inquiries in five years on the same question); a value chain analysis of the framework that follows the money in premium TV; interviews with industry A-listers including producers, creatives, development execs, and policy leaders; a review of TV policy approaches in other countries; and culminates in a simple, five-step critical path to globality. It’s a policy focal point, intended to steer premium Canadian scripted TV content toward aligning with the three most important factors in the TV biz: audience, audience, audience.

The plan to globality (global reach plus popular, must-see content) includes original paradigms such as the need to transform the policy focus from “production optimization” to “content optimization”; to shift key measurement metrics from production volume to audience growth; and a policy instrument to incentivize “globality” — a straightforward 3 x 2 matrix called Globality Score (G-Score).

That’s where we came to the IP issue. Berkowitz excluded ownership of IP rights from the G-Score because it’s not relevant to achieving globality. In the global era, the valuable right in TV, as in nearly every other commercial product, is the ability to access customers – the more the better. In Hollywood and other locales where domestic TV production is robust, TV production has always been a fees-driven business. Producers make their money by selling the exploitation rights to a studio (which today may be virtual) in exchange for financing development, production, and distribution.

“In today’s dynamic, where linear broadcasters’ strength has diminished while Canada’s production sector has strengthened, these potential partners have more mutual interest than ever to build on success with premium Canadian TV that wins the global battle for attention.”

An unintended outcome of Canadian policies is that neither producers nor broadcasters are incentivized to take on the studio function. The lack of an investor who is all-in on the project destroys the essential DNA for premium TV: Pressure, upfront, to optimize the writing, which is the key to maximizing the audience. In many cases, profits have left the country as foreign entities have long been engaged in this quintessential economic role in the TV industry. The book wonders whether an underlying reason for this situation is an inadequate understanding of, and allowance for, the risks and rewards of market forces that play a critical role in the creation of great TV.

In today’s dynamic, where linear broadcasters’ strength has diminished while Canada’s production sector has strengthened, these potential partners have more mutual interest than ever to build on success with premium Canadian TV that wins the global battle for attention. Bill C-10’s bloated regulatory overreach does nothing to address the underlying problems that Berkowitz identifies and, as I have pointed out elsewhere, could make matters worse.

Berkowitz offers a potential roadmap to a much-needed policy update. Her book is an important and timely contribution to Canada’s ongoing debate over the future of Cancon policies. It’s grounding in value-chain analysis distinguishes it from the vast majority of inputs grounded in long-standing private interests and grievances. A Canadian approach that incentivizes the positive impact of market forces on premium TV is long overdue.

Irene S. Berkowitz, PhD is policy fellow in Audience Lab, Ryerson University Faculty of Communication and Design (FCAD), where she was lead author of the 2019 report, Watchtime Canada: How YouTube connects creators and consumers. She is an instructor in Ted Rogers MBA and RTA School of Media. The free version of Mediaucracy will be public May 17 here in several formats. Kindle, paperback and audiobook will follow.

Consultant Len St-Aubin concluded his most recent client commitment as of December 31, 2020. The views expressed in this opinion are his alone. Formerly he was director general, telecommunications policy, at Industry Canada, he was also a member of the policy teams that developed both the 1991 Broadcasting Act and the 1993 Telecommunications Act. 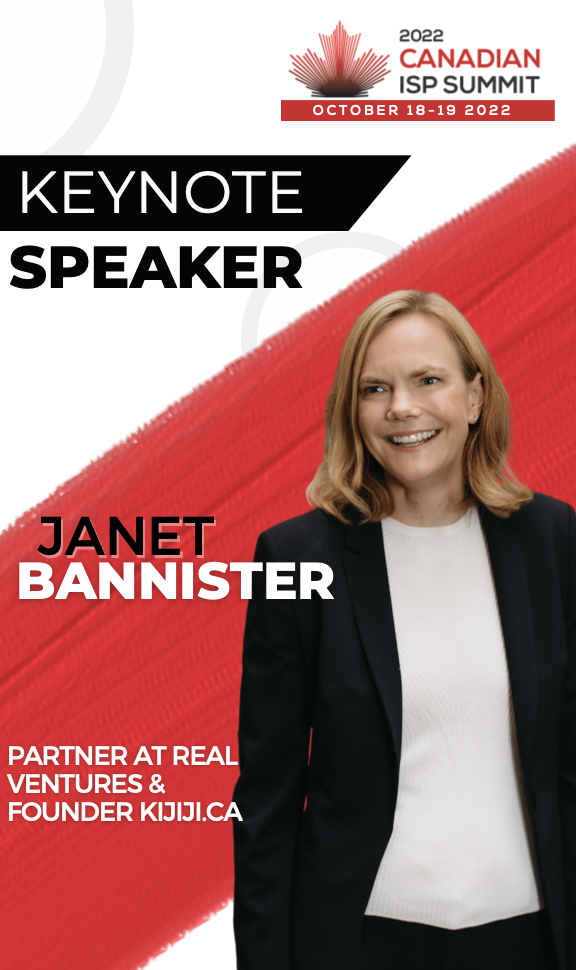