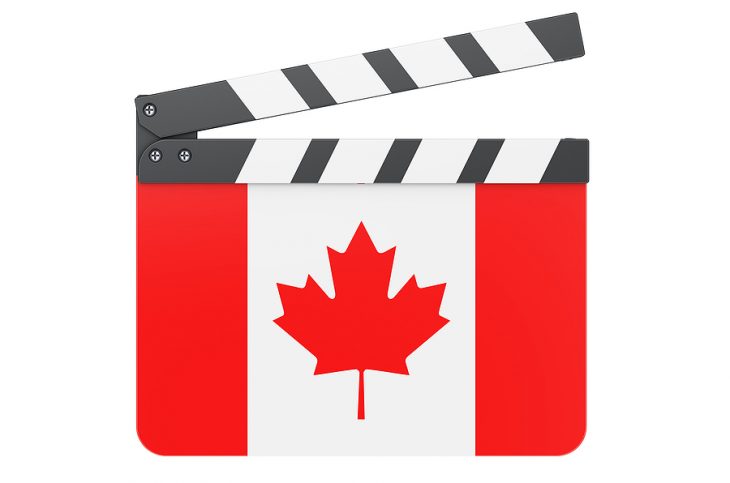 NETFLIX’S RECENT ANNOUNCEMENT that it would establish its Canadian headquarters in Toronto produced considerable excitement – at least in Toronto.

In February, under the heading “making a New Home in Canada”, Netflix’s Chief Content Officer, Ted Sarandos wrote a blog post announcing: “We want to make a new home for Netflix in Canada – opening an office and hiring a dedicated content executive to work directly with the Canadian creative community.”

Then in late April, the company announced Toronto had been selected as “Netflix’s 22nd international outpost” and Sarandos, in the press release, stated: “We’re looking forward to opening our doors and building on the great work we’ve started with our creative partners to bring more Canadian artists and stories to the world.

Calling the Canada headquarters “a big first step,” Sarandos told Canadian Press it won’t be “one person in a little office in one city, in one place in Canada. We’re looking to grow our relationship with the creative community in Canada. So that’ll be as open geographically as Canada is.”

No wonder there is so much excitement. But what does all this actually mean for production in Canada? There are doubtless opportunities, but also grave dangers. Resolving the challenges in the best interests of Canada will require we unweave a tangled web. This is complex stuff.

On the positive side, Netflix and its competitors, such as Amazon Prime Video, have definitely made a huge contribution to the location service production industry. Service productions are valuable—they create lots of jobs. What they don’t create though, is exports, since Canadians don’t own the underlying intellectual property. Nor do they embody Canadian values, either for Canadians domestically, or for export to a world which desperately could use some Canadian values.

Ironically, when then Heritage Minister Melanie Joly announced her “deal” with Netflix in September of 2017, she seemed to infer that the promised $500 million spend over five years would be on Canadian content programming. “There’s no need for Netflix to open a Canadian production company in Canada just to do service production,” Joly said at the time.

There are lots of examples of foreign location and service productions making extensive use of Canadian creative talent. A recent example was Tiny Pretty Things produced by Insurrection Media, a Beverly Hills based company, and Peacock Alley Entertainment, a Toronto based production company. The series was entirely shot in Toronto, and entirely set in Chicago. Global rights are owned by Netflix. Was this what Minister Joly had in mind when she made her deal (the details of which have never been published)?

Canada remains a global leader on the service side of things thanks to the favourable currency, access to tax credits, physical proximity to the U.S., widespread availability of high quality crews, fantastic locations, studio infrastructure and outstanding creative talent. All of that contributes to an extremely attractive package. Netflix can produce and own the shows that are made this way. And it’s all very good.

The problem is that Netflix can also produce and own Canadian shows, and seems prepared to start doing so.

A recent piece in the Wall Street Journal pointed to a dramatic departure in the approach now being taken by the major streamers, following Netflix’s lead, towards foreign markets.

Instead of the traditional approach in which Hollywood exported American films and TV shows with dubbing and subtitling for the target market, the streamers are now collectively investing billions of dollars to make local language content that is culturally specific to those markets.

In a startling development, Netflix’s most recent quarterly report revealed that fully 89% of its nearly four million new customers in the quarter came from “outside the U.S. and Canada”. In addition, Netflix’s most watched new series during the quarter was the French-language series Lupin. Mr. Sarandos is quoted as saying of Lupin: “The show was not like a watered-down French show; it was a very French show.

“The more authentically local they are, the more likely they are to play around the world,” he added. And tellingly, “we started launching in international territories with no original programming in local language with local producers. Now we are producing in most corners of the world.” As an example, Netflix recently announced it would invest $500 million in local language South Korean content.

The WSJ article further reports that about half of Netflix’s new productions are based outside the U.S.. Roughly 38% is non-English language content.

“Canadian producers report that while Netflix is often responsive to their pitches and is prepared to front the production costs; what it wants in return is all rights – more or less indefinitely.”

While Disney+ and Amazon Prime Video are statistically behind in this category, growth is rapid. For its part, Prime Video reports its volume of original, local language content has doubled each year since 2017. And just this week Playback  ran an interview with Christina Wayne, the new head of Prime Video’s Canadian Originals, outlining its strategy for Canadian content. Wayne is based in Toronto and reports to the international head of local originals, based in New York.

This local market strategy has already arrived in Quebec. In its February Bill C-10 submission to the Standing Committee on Canadian Heritage, Netflix stated:

“There are many examples of titles on Netflix that meet six or more CAVCO key creative requirements that cannot be certified as Cancon because the projects are financed exclusively by Netflix. Jusqu’au Déclin, shot in the Laurentians with its all-Quebec cast and crew, resulted in $5.8 million in direct investment in the Province of Quebec. The film was viewed by over 21 million subscribers in the first four weeks of its release to global audiences.”

And of course, Netflix told the committee it would like to see amendments made to Bill C-10 that would require a “revisit” of how Canadian programming is defined for regulatory purposes. We can surely expect that Netflix will ask that programs developed and produced by Canadian creators, but owned by Silicon Valley tech companies, will count as fully Canadian.

In English Canada, similar developments are emerging. Sarandos’s statement that the purpose of hiring a content executive is to work with creative partners to bring Canadian stories to the world falls into line with the local content country strategies referred to in the WSJ article. In this context, Lupin becomes the streamer prototype for presenting Canadian stories.

It’s fascinating to me that Sarandos is careful to mention Canadian artists and creators each time he speaks of partnership – as well he should. What he never seems to mention though is anything about Canadian producers – and it doesn’t take too much to figure out that this is because Netflix itself will effectively be doing the producing and will likely own the resulting programs outright.

For their part, Canadian producers report that while Netflix is often responsive to their pitches and is prepared to front the production costs; what it wants in return is all rights – more or less indefinitely.

Such deals simply make the Canadian producer who creates, develops, produces and builds the value of Canadian intellectual property into a service producer – an employed producer for hire.

Right now, Canadian content certification requires a Canadian producer, Canadian distribution rights ownership, and Canadian copyright ownership. What happens if certification is also available to a Silicon Valley streamer that effectively owns shows that have been green lit by one of its commonwealth of 22 “international outposts”?

One thinks here of a Faustian bargain, a pact where something of supreme moral or spiritual importance, such as personal values or the soul, is traded for a material benefit. To me, the analogy to the evolving Netflix/Prime Video local content country strategy (we choose your stories and we own them) seems uncomfortably apt.

All this to say, how we resolve this so that Canadian stories are fully told and owned by Canadians will be tricky indeed.

Doug Barrett is a veteran of over 30 years in the Canadian media and entertainment industries and since 2008 a professor in Media Management Schulich School of Business of York University. He is also the Principal of Barcode SDG, a strategic advisory firm. He was also president and CEO of PS Production Services from 2006 to 2013 and prior to that spent 20 years as one of Canada’s most successful entertainment lawyers, serving as senior partner at McMillan LLP. From 2004 to 2008, he served as chair of the board of directors of the Canadian Television Fund and has also served on several additional industry boards.