TORONTO – Last year, the CNOC keynote address was titled “Independents Unite: How We Are Fighting for a Fairer Today and a Stronger Tomorrow.” Well, it’s tomorrow now, and there’s a lot to reflect upon as we head into the future. So, the title of today’s remarks is “Where do we go from here?”

Actually, one thing just continued to happen, as we expected, and by that, I mean: the wave of acquisitions that continued to sweep through our sector, with two of our longstanding members, and champions of competition, acquired by large incumbents. By the way, those two members, VMedia and Distributel, remain members, and emphatic supporters of our mission.

In terms of things that shouldn’t have happened, but did: a war in Europe, the consequent supply chain shocks and inflation, amplifying the cost-of-living crisis experienced by Canadians, in a trend that started in 2019, internet pricing generally increased in every tier, the Rogers nationwide service outage, and last, the continued headwinds facing service-based competitors.

In terms of things that should have happened but didn’t: The CRTC – the regulator entrusted with supervising our communications system’s reliability, and responsiveness to Canadians’ needs, should have moved forward on long overdue reviews of the wholesale regime and interconnection, and issued decisions on consultations issued in 2019 (yes, 2019) about barriers to rural internet, wholesale rate-setting and the disaggregated network configuration.

But it didn’t, and as an institution, continued to be mired in controversy and inaction.

The CRTC’s senior leader, that is, the chair and CEO, term should have, as scheduled, come to end last month, but it didn’t. The chair’s term was extended by four months, prolonging a tenure that has worked very well for the incumbents, but, frankly, isn’t working for Canadians who continue to pay more for less, and have less competitive options in the marketplace. How do I know it didn’t work? Just look at home internet and wireless prices! Just look at the wave of consolidation sweeping through!

You know, it’s not just me, and CNOC members that expect better from the CRTC.

“[We do] not believe that, collectively, these decisions meet Canadians’ expectations of affordability in the telecommunications sector. They certainly do not advance this objective as much as they should, and the Committee believes that the CRTC should do more to address affordability. The Committee believes that the federal government should intervene to encourage the CRTC to put in place decisions that promote specific objectives, including affordability and accessibility.”

The highly partisan House of Commons industry committee, in a report last year, was very critical of the CRTC’s topsy-turvy approach to wholesale internet service rates, and uninspired approach to wireless competition. The industry committee also said, in one of many sharp critiques of the status quo, that “the fact that a handful of TSPs control the telecommunications sector has a detrimental impact on the telecommunications industry and on Canadians”, and that the CRTC’s wholesale rates flip-flop, and no-MVNO policy do not, quote “meet Canadians’ expectations of affordability in the telecommunications sector. They certainly do not advance this objective as much as they should, and the Committee believes that the CRTC should do more to address affordability.”

When it comes to CNOC, some say we went too far in our critique of the CRTC, while others felt strongly that we didn’t go far enough. It was an interesting line to walk. But that is part of our mission to bring more competition to Canadians – just like we don’t back down before the CRTC or in court – CNOC doesn’t shy away from the difficult conversations that need to be had.

Did those efforts work? Yes, and no, and maybe. They didn’t work in the sense that, in the past 12 months the CRTC has not improved the timeliness of its decisions, nor made any visible progress on several key files.

So, we don’t yet know how those crucial decisions will play out. But CNOC’s strategy definitely did work, ultimately, in drawing attention to the problems facing the CRTC.

And that was one major thing that did happen, and although CNOC worked hard to make it happen, we were shocked when it did: The announcement in May of this year from industry minister Francois-Philippe Champagne – of a clear, bold new policy direction to the CRTC, directing the CRTC to fix the mess that has become the wholesale access regime, and to do better as a regulator.

“Competition, affordability, consumer interests and innovation” – that’s the role which the independent ISPs play for Canadians.

As ISED said in its announcement of the new policy direction, it is intended to enhance wholesale Internet access and competition for more affordable Internet, and to do that by ensuring that the CRTC doesn’t phase out the existing, aggregated model for wholesale access by third-party competitors and instead preserving and strengthening it in conjunction with the introduction of the disaggregated access model.

It is also intended to require that the CRTC ensures that wholesale Internet access is available evenly across the market, including on fibre-to-the-home networks and require incumbents to continue to give access to competitors at regulated rates so they can offer better prices and more choices to Canadians. It also set the expectation that the CRTC take action to have more timely and improved wholesale rates available.

But that doesn’t mean competitors are out of the woods. The incumbents have argued the policy direction is unlawful – because it’s too specific and prescriptive. While CNOC is skeptical that argument will win the day, we do know that the incumbents have an excellent record when it comes to delaying or blocking anything that threatens their stranglehold over Canadians’ wallets. Interestingly, the Public Interest Advocacy Centre has argued that the proposed policy direction is not specific enough.

No matter what, the new policy direction will be meaningless unless the next chair of the CRTC is fit for the job. In the past ten years we have seen two very different CRTC chairs. One was spirited, whereas the other was much more passive. One set out a clear agenda (the create, connect, protect agenda) whereas the other largely let the industry set the agenda, and has been blamed for regulatory uncertainty and delay. One was seen by many as conspicuously pro-consumer, and the other was accused by many of being too close to the industry, and prone to inappropriate comments and conduct.

That should soon be all in the past. There should be no question that next chair must be bold, balanced, and un-beholden to the incumbents.

So, where do we go from here?

The challenges faced by competitors in 2022 and beyond present themselves as enormous opportunities to level up the Canadian telecom sector. Stronger government support of the wholesale model, if it translates into action by the CRTC, will enable competitors to continue to innovate – to differentiate – and to offer Canadians the choice and affordability they crave.  A “one-size fits all” – with identical looking options – does not work for Canadians, who continue to pay more, to get less. They demand to be treated fairly, just as we demand that the CRTC treat us fairly, because we’ve shown that when the wholesale access regime is properly tuned, competitors can offer more affordable options, and differentiated options, whether it’s based on language, culture, packaging, or values and community involvement.

Beyond the role competitors play in the retail services market, I also want this to serve as a reminder about the critical role they play in Canadian civil society. Canadian ISPs remain a unique part of the telecom landscape as major international forces, nation states and private companies alike, try to influence the direction of the internet. It goes without saying that a connection is a critical portion of the lives of everyday people and with that comes responsibilities.

Since the nature of the internet pierces so many different types of borders, ISPs are special because you are the intermediaries which are physically located and found in the communities in Canada. That means ISPs will continue to play outsized roles in the way the internet is governed. This includes policies like the CRTC’s botnet blocking efforts, the federal governments cybersecurity plans in Bill C-26, as well as being the main avenues rights holders will leverage to combat infringement.

Canada needs independent voices in these realms to serve as credible alternatives to the giant incumbents on these files. We need voices which will, constructively, work with the Government to promote the best interests of users.

Last year you heard CNOC say that the challenges our industry has faced during the regulatory, legal and political battles were almost unfathomable, and that while we as competitive internet service providers, we always seem to be the underdogs, being blocked by the incumbents every step of the way.

But we have weathered that storm and will be entering 2023 with a renewed sense of optimism about being able to provide Canadians with choice and innovation because the new policy direction makes it crystal clear that the federal government sees the benefit of competitors, and a fair wholesale access regime without the need for unrealistic infrastructure duplication. Meanwhile, we are encouraged that the Competition Bureau continues to pay very close attention to this space.

We must expect better from the CRTC, and is that really too much to ask? It’s not. Last year we said we need a more transparent, accountable, and neutral CRTC. But we can’t wait on the CRTC – we don’t have the luxury of time and money to sit around and wait for the CRTC – independent ISPs have businesses to run, customers to earn and serve, capital to raise, and yes, networks to build and operate. 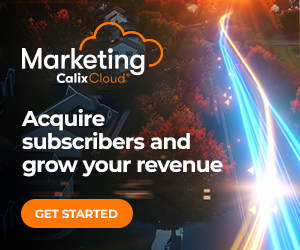